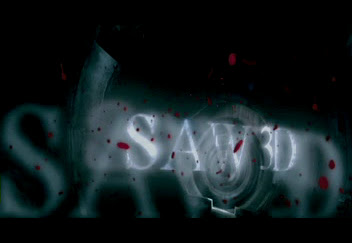 Six films, six years. And SAW 3D finally puts everything to an end; while the 3D scenes were good, it's wasn't really that necessary.The thorough result of the movie was, albeit not the finest, at least a worthy and satisfying conclusion for one infamous series from an infamous horror sub-genre.

We see first Doctor Gordon, who we all may or may not remember from the first SAW, crawling his way with a bloodied stump where his foot used to be; after seeing a steaming hot pipe, he pressed the stump to cauterize it before fainting in the process. So far so good.

In typical SAW sequel fashion, we are then treated with an opening trap; in a public square, two men are handcuffed to a trap with three buzzsaws, with them displayed in public as hundred of onlookers gather out of morbid curiosity when a Billie puppet greets them upon wakening. Their game was to choose whether they should kill the other using the buzzsaws placed in front of them over the love of a girl they seem to be fighting for, who happens to be strapped atop them over the third saw, or to keep the third saw steady and kill the one who's ruining their life. After a brief struggle for the saws, they both came to their senses and decided to live without their girl, thus plunging her to the trap as it slices and disembowels her.

Now on to the real plot; narrowly escaping his fate in a reverse bear trap, former-detective-now fugitive Hoffman is now attempting to cover all of his tracks as Jill Tuck, John's ex-wife, rats on him to the FBI. He has no choice but to start a new game to serve as a distraction as he hunt Jill to exact his bloody revenge. Meanwhile, a self-help guru who had survived Jigsaw's trap gathers upon a group of other survivors like him, helping them see a better light from their experience. Only, something's a miss in this picture and a game specifically made for him is set into motion as everyone involved with his principles are tested.

Who will survive in this last game? Will Hoffman finally reign as Jigsaw's prodigy? Or will something else stop him?

Sadly, some part of the script and direction looked too predictable as while the twist concerning the Hoffman-Jill scenario is unexpected, we can tell that self-help guru Danny is a fraud. The games were here just to fill up the plot for entertainment's sake and serves very little importance to the real story, the utterly thin yet anticipated finale of who will take over Jigsaw's legacy. The games lacked the harsh moments, emotionally and mentally speaking as that of SAW VI, which was very disappointing as it looked it it was going to improve from there.

Unfortunately, this can be said as well for the other side of the story; the plot about Hoffman and Jill lacks some strong points as very little action between them occurred and more of the traps made their part partially emptier compared to SAW V's little side story.

SAW 3D did made one thing clear; due to the failed Box-office of SAW IV, this supposed finale went through momentous re-writes that were rushed and had its difficulties on finding the right director to handle it. They originally planned David Hackl to direct, but Lionsgate later hired Kevin Greutert from SAW VI again in order to beat a rival box office  hungry horror flick Paranormal Activity, which already green-lit a sequel. The resulting movie was just as rushed as it was planned.

On the brighter side, it still had its ups; while the traps in the main game wasn't as exciting or clever as any from the prior entries, gore fans will definitely love the messier traps outside it. The public execution trap is one of the most gutsy contraption ever to befell on a SAW film, as well as my personal fave, The Racist trap, where a bunch of white-head supremacists are trapped in a game involving a moving car, chains and super glue. Lots of super glue.

Other than that, we also (after all this time) finally get to see the infamous Reverse Bear-Trap put into full effect. The result was expected and satisfying, but their choice of victim for the trap was personally disappointing.

SAW 3D may not be the grandest entry but it did put everything that happened into full circles. Thus, after a series of blood and gut with varying heights, SAW finally came to rest with an ending not at its best but highly entertaining and watchable. Rushed, yes, but let's all face it, better had end it this way before we see Jigsaw the 38th play his or her sadistic game IN SPACE! (That's gonna be one heck of a film if you ask me...)