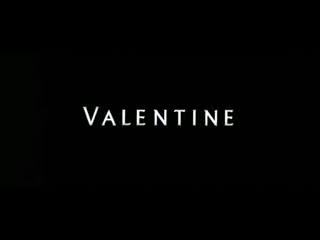 Jeremy Melton was just a young nerdy kid in 1988 who wanted to dance with the popular girls. The lad, predictably, gets rejected from each girl he asked as he bravely passes through the It group, until he met a plump yet equally posh gal who took his advances in pity. But when they're caught making out by a group of bullies, she tore herself away from Jeremy and called him a pervert. Humiliated, beaten and thrown to a reform school for his "assault", Jeremy vows vengeance...

Now thirteen years passed, a pre-med student had her job dissecting corpses set aside when a cherub-masked killer attacks and cuts her neck, disposing her in a conveniently provided body bag. Turns out she is one of the five girls that rejected Jeremy at prom night '88 and the rest of them suspect that he's back to exact vengeance, all while being taunting them with grim valentine cards and maggot-infested chocolates. It soon becomes a race against time to identify the now faceless killer and stop him before they're all murdered.

Valentine (2001) is technically just a slasher. Just. It doesn't offer anything remarkable to point out other than the fact it's very cliched and campy. The story is too predictable and familiar to be anything different and the cast of teen stars, the prominent victims of 90s horror, played one dimensional characters. Nagging to be told, too, is the film's continuity problems which were dozens, ranging from the tiny things you wouldn't notice at all (such as the style of incisions one character was doing at the early scene) to some questionable plausibility. (The scene with the pool, for example, where the killer delivers a rose to a would-be victim and yet was able to hide in a very enclosed room with little to no place to do so at all!)

As it lost some of the primary critical elements that makes a horror movie great, Valentine (2001) instead relies on embracing the aforementioned cliches and simplicity for entertainment. The whodunit plot has its moments of engagement thanks to an intentionally hammy overtone despite an overly serious and mature feel. In fact, comparing to this film's director's (Jamie Blanks) previous slasher Urban Legend (1998), this film was more plot-driven to an extent, rather than being a basic throw of reused story structures that is stalk and kill. There's still stalking and there's definitely a lot of killing, but it took its time building its suspense that makes the mystery a worthwhile watch, if not all flawed.

As a holiday slasher, it also got a few points for being a satire on the holiday. Valentine has the 14th day made with its outlandish Heart-day themed scenarios and plot devices. The cherub-masked killer is a darkly-comic touch, giving further irony to the holiday as one murder have the mythical figure of Love use a bow and arrow to murder an unfortunate gal. The extensive use of parties as a killing ground is also a nice touch, with this being the only film I know wherein the killer crashes two Valentine themed parties to hunt down some posh gals and snotty boys. (Speaking of which, guess you didn't know the killer's nosebleeding habit is a nod to another slasher, Alone in the Dark (1982). More specifically, a killer there named "Bleeder"!)

In terms of gore, the kills are very basic and most of them occurred offscreen, leaving the film partially dry in comparison to most slashers. Then again, this was the 90s and gore was technically not the welcomed wave back then; instead, Valentine (2001) make up for this with some fair murders that stood out for their execution and style (Powerdrill scene anyone?)

I wouldn't say it's a masterpiece, it's more of a flawed gem that attempted to be different. It's simplistic nature, however, got the better of the film so it's far from unwatchable. In fact, if you ever felt lonely in Valentines Day, I suggest you rent a copy of this film and just laugh the pain out. I'm sure you'll get your girl/guy/farm animal next time but until then, have a great Valentine.

Bodycount:
1 female had her neck cut with a knife
1 female shot on the gut with bows
1 male bludgeoned to death with steam iron
1 male axed on the back
1 female found murdered
1 female thrown through shower window, dropped neck-first to a shard
1 female electrocuted in pool with a plugged power drill
1 male head found in a pond
1 female repeatedly shot
Total: 9
Posted by Kaijinu at 8:46 PM