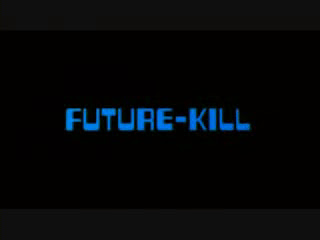 Featuring some of the casts from Texas Chainsaw Massacre, in a night in the future like no other. The citizens of an unknown post-Apocalyptic city are divided into two classes; the privileged lives a life of wealth and have their youths attend fancy fraternities which, for some reason, still act like as if it's the 80s with shenanigans not dissimilar to Porkies or Revenge of The Nerds. All the while, the poverty stricken "mutants" prowls the underbelly of the city. filling it with prostitution, gang wars and nuclear protesters lead by the 'peaceful" leader Eddie Pain, who, as introduced early on, isn't happy with the murderous ways of his iron-clad and nuclear-scarred follower named Splatter, whose name says everything he does. For this one night, however, two groups from both sides of the city will clash as a gang of pranking frat boys was tasked to kidnap a Mutant (!) as a form of peace-treaty between two fraternities they offended. This didn't go to well, however, when Splatter shows up, murders a few frat boys out of glee, and kills Pain to take his position as leader. Now on the run, the boys find themselves pinned on a crime they didn't commit and the rest of the Mutant group Splatter leads are sent after them. 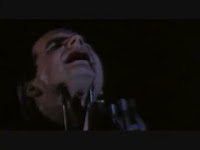 Perhaps one of the few titles out there to perfectly blend sci-fi trappings with slasher film tones, Future-Kill is an strange look into diversity and sortah acts like a mirror to discrimination and intolerance, with the high-class Frats portraying spoiled stereotypes showered with wealth, good food and grooming, while the mutants' enacts the kind of hostility one who was abused, to the point that they are confused of whom to trust or to hate.

By the time these two groups clash, Future-Kill begins to evolve from a frat-comedy with a cheesy scifi horror undertone, to a more post-apocalyptic survival picture with the frats learning (the hard way) that real life is no cake walk, and the mutants learning to trust a few strangers as they figured that not all of the mutants are friendly, especially their new leader. 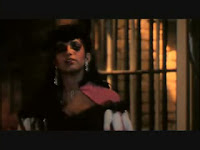 Strangely, the whole plot resembles The Warriors, a cult-classic action-thriller chase movie with similar plot and situation. Now my love for The Warriors is irreplaceable, so seeing how this film resembles so much of the 70s classic got me wondering if the producers saw it and tries to mold a more horror-included version with a message on diversity. 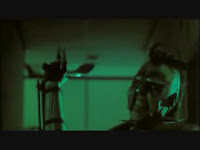 To be fair, the intentional-or-unintentional resemblance wasn't all that bad as Future-Kill manages to capture some of the elements of a chase film quite nicely, stopping a moment or two to develop a few characters or dishing out some cool fight scenes. A few of these even brought out some slasher film-inspired moments, most of it involving the techno-gadget hulk Splatter (played by Texas Chainsaw Massacre's Edwin Neal), who resembles a Mad Max villain with wrist claws ala Marvel's Wolverine. Heck, this movie even has a final girl of sorts with Marilyn Burns taking a rougher role as Dorothy Grim, a past-her-prime punk (and Splatter’s missus) who’s a far cry from sweet Sally Hardesty and acted as the Frat's refuge when the mutants got a tail on them.

Another thing you've got to hand for this film is that you can tell it's a labor of love by the folks who put up with it. They even went as far as hiring H.R. Giger to do the poster art of this tiny flick which is too awesome for words. Future-Kill is far from perfect, with its low-budget shining so brightly at some of the scenes and its mish-mashing of sub-genres proving to be not everyone's cup of tea, but you got to hand the ambition the people behind this movie gave weaving up this one unique movie. A small title among many better and more obscure exploitation flicks, but otherwise very watchable and worthy of its small cult following.

Bodycount:
1 male gets a wrist blades to the jaw
1 male gets a knife thrown to neck
1 male beaten and impaled with pipe
1 female crushed between corrugated iron
1 male fall to his death
1 male hanged
1 female clawed on the face
1 male accidentally stabbed on the head with wrist blade
1 male hacked with curved machete
1 male exposed to radiation
1 male had his neck broken
total: 11
Posted by Kaijinu at 6:48 PM