Horror, Bodycount and Me 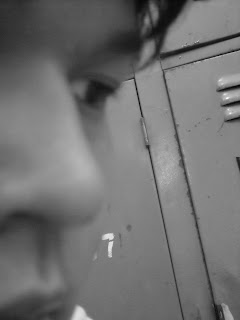 It's a long time from now since I watched my first horror flick. Nevertheless, I remembered it too well; how can you forget the first time you saw Micheal Myers walked out of the blaze when you were just a tad five years old. Or when you watch Jason had his mask cracked open by Tina's psychic powers when you were just six? Yes, my parents (regrettably) raised a weirdo, but I do make it up for them. A lot of making up.

You can say I'm a stick in the mud: I don't smoke, I don't drink (save Red Wine, Ciders, Rhum and the traditional Brandy) and I go to church whenever I get the chance. But inside my quiet, clean-cut demeanor is a horror fan who's been aching up to do this blog.

Horror films was always been my favorite genre. The scarier, the better, but when it comes to slashers (and the related kinds), I'm all open arms for them and willing to play Judge, Jury and Executioner in terms of my reviews. There's something about these men killing teenagers that appeals to my taste for fear. Could it be perhaps beneath the candy-coated violence and the gimmicky masks is a sense of realism? Could be.

Aside from slashers, I do enjoy zombie films as a second favorite, mostly Romero films (save the last zombie film he produced...thinking about it gave chills down my back), Return of the Living Dead films and the Re-Animator series; then there's the "classics" like Fulci's Zombie Flesh Eaters and the splatter friendly "Brain Dead"; they were my "love" before the slashers took over in a wave, but I still follow them, so long as they keep making them as good as the likes of Dance of the Dead (2008), Shaun of the Dead and The REC series.

Other horror titles that I loved includes "SE7EN", "The Thing", The "Creepshow" series, "Dark Floors", "Stuck", "Poltergeist", "The Exorcist", The Phantasm series, "Cloverfield (2008)", "Carrie", "Rocky Horror Picture Show", The Evil Dead Trilogy, "Let the Right One In" just to name a few. I'm also a monster fan of "giant monster" films or Kaiju. An obvious entry to this is the Godzilla series, but other than that I also enjoy watching Toho produced monster flicks (as well as the nostalgia-inducing Ultraman series)

When it comes to non-horror flicks, I do enjoy comedies. There's nothing like a good comedy to brighten up a day. The "Police Academy" series in an all time classic for me, so is the Edgar Wright films (all of them! "Shaun of the Dead", "Hot Fuzz" and yes, of course, "Scott Pilgrim VS the World"), the Airplane! films, Naked Gun movies, some Adam Sandler movies, some good spoof comedy so long as they're "decent" (very hard to find good ones nowadays...), "The Coneheads", the Austin Powers series, My Sassy Girl (the US remake) the "Hot Shots" series, "Revenge of the Nerds", "Dogma"- The list could go on forever, but I prefer listing down my all time faves.

Other than comedy films and horror, I do have a taste for other good genre movies. "The Shawshank Redemption" remains my all time favorite drama, "Miguel Y William"  for Romantic Period, "The Raid: Redemption", "The Karate Kid remake (sue me)" the Distrinct 13 series, "The Last Action Hero" and "Dolan's Cadillac" as my favorite Action films, The "Indiana Jones" films , The "Pirates of the Caribbean" films and "The Adventures in Babysitting" as my favorite adventure films and "Lord of the Flies" as my favorite psychological drama.

When I'm not in a mood for movies, I normally draw, and I draw A LOT. I have my own DeviantArt Page, where I post a lot of my work (that's uh...five to six years worth of colored pencils, paper and brain matter in there...). Being an amateur manga-style artist, it's ironic to say this but I don't watch a lot of anime. I'm pretty picky when it comes to my animation, but I prefer sitcom like stories like The Simpsons and American Dad in western animation and Azumanga Daioh, Love Hina and Toradora in Japanese Animation. I have more manga (Japanese bound comics) than western comics, but if I do look for some comics, I'm a big MARVEL fan at most. I'm also fond of some western-made mangas/graphic novels such as Dramacon, Megatokyo and the Scott Pilgrim series(and no, I don't speak Japanese. I'm not That kind of weirdo...I prefer practicing Italian...or French...or German)

Other western animation I like would include "Bob's Burger", "The Cleveland Show", "South Park", "Adventure Time with Finn and Jake", The Amazing World of Gumball, Gravity Falls and my current favorite (and a complete contrast to this blog) My Little Pony: Friendship is Magic.
Western shows I like includes "Saturday Night Live", "F.R.I.E.N.D.S.", "According to Jim", A 1000 WAYS TO DIE", "Reaper", "DEXTER", "My name is Earl", and Clipaholics.

In printed work, I prefer reading books written by comedians such as Lewis Black, Jerry Seinfeld, "Larry The Cable Guy" and David Letteman to name a few, as well as classic horrors written by Edgar Allan Poe, Robert Bloch and H.P. Lovecraft and other classics by Robert Louis Stevenson, Lewis Caroll, Vladimir Nabokov, Charles Dickens and H.G. Wells. Of course, no self-respecting horror fan would be without his Stephen King collection.

Now, I'm currently in my last year in college, and I'm going for a Journalistic life. I could use my passion for writing descriptive articles for my line of work, and hopefully I can rewrite this portion as time goes by.

I'm currently have 1221 Slasher and Bodycount Thriller titles in my book as of May of 2014 (I keep a book of all the slasher film I watch to keep track of my reviews. Yes, I do enjoy making lists...it's a "feminine-half of the human soul" thing), and perhaps more to come, until then, I do hope you enjoy your stay here.

Other (un)important things about me:
a. I'm a born Filipino, living in Manila, yet I can't stand local movies.
b. Though a Catholic, I'm more of a religious skeptic nowadays. Meaning I believe in God, but I do not believe in religion. (For me, those are two separate topics)
c. In music, I prefer pop, pop rock, instrumental, classical, Gregorian chants, goth rock, 80s pop and 70s retro. Anything that beats right.
d. had lost 20 pounds since 2009
e. loves cats, dogs, hamsters, turtles and baby hedgehogs.
f. lives up to a lot of mottos. One includes "Everything will work out in the end."
g. I enjoy solving puzzles
h. has a nasty hobby of collecting pop-culture collectibles, ranging from rare vinyl records and odd knick-knacks, to tiny toys and trading cards.
i. I love BBQ Ribs and fillet Mignon.
j. I have a mum, a dad, a sis, a dog, a cat and a hamster.
k. I don't own a single gaming console (no, I don't count my computers as one since I don't have any computer games. At least not anymore)
l. PRINCESS LUNA, TWILIGHT SPARKLE AND DERPY IS BEST PONEHS!