It's Valentines Day again, and in order to get over the fact that I'm currently single (again...yeah, I had a girl once, a nerd like me, only it didn't work right), I decided to top down my fave femme fatales in every slasher flick I know, and for the ladies, Felicia's own set of loony lovelies~! So, get ready to be smitten, boys and girls~!

Esther Coleman from Orphan- Knowing she's more than a girl and that she is a woman in her 30s/40s, I can't help but feel attracted to this youthful-looking pretty face. I know it's a bit unnerving, but yeah, I think I can ttake the gal to a friendly date...so long as I don't look at "older women". (She's height sensitive...)

Brenda from Urban Legend- Let's face it, she's one of the coolest female slashers in history and she's too underrated at that fact. Not only did she managed to fool everyone and has a slightly reasonable alibi, she also sported a great new look on hoodies...which actually spawned more failures and laziness among future slasher disguises...

Mandy Lane from All The Boys Love Mandy Lane- I like Amber Heard, and I like Mandy Lane as a separate entity. Mandy could have been just another pretty face, but then, she would had lost her unusual mystique, that certain air of mystery that got all the boys wanting her. 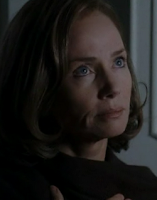 Natalie Koffin (AKA Mother) from Mother's Day (2010)- She has an air of control and a personality that's disturbingly calm. She has three boys and a daughter following her every whim. She can take down an entire crowd of partygoers with just a snap of a finger. I would date this gal...if she wasn't married...or older. 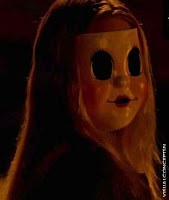 Dollface from The Strangers - She has style when it comes to home invasions. She's a calculating loon who outsmarted the two victims in everyway. She's also the only one among the three to talk. But the best thing about this is she's Gemma Wards... LOOK AT HER WITHOUT THE MASK! 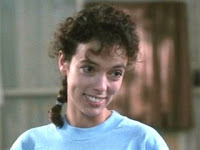 (Older and wholey sex-changed) Angela Baker from Sleepaway Camp 2 and 3- While she took a step down in the third, Angela Baker had an adorable persona in her second film, thankfully played by an equally cute Pamela Springsteen. She's the best gal to portray the Angel of Death, and she did it like a chore! Now all I got to do is get over the fact that she used to be a man...

Ray from He Knows You're Alone- Let see: Silent yet deadly, sturdy build and can make a girl laugh any day by making funny faces. I say Ray needs a second chance in his love life...if only he could stop and talk to the brides instead of knifing them.

John Ryder from The Hitcher- He has the sexiest voice I've ever heard! Plus that face! and that gun! Literally! I love his gun! he's cool with the guns! Sadly, i can tell he would rather kill me and tie me at the ends of two trucks...sigh... On the other hand, even when he's old, he's still pretty attractive. (Hope this doesn't make me a freak or anything...) 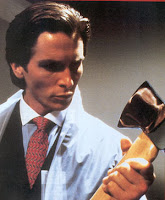 Patrick Bateman from American Psycho- He's rich, powerful, looks kinda like Christian Bale and he can do anything he wants. Including kill a bunch of yuppies, hobos, children, the whole barrage. baby! Now that's my kind of guy! But I can tell he's also uninterested in finding true love. He likes hookers and annoying girls... because they're the easiest to kill for him and if I try approaching him with care, he's just gonna feel uneasy. Damn it, hard to be a slasher girl in love...

Murderball from The Violent Kind- Another big and sturdy man! Murderball got me the moment he shared his fave music to his victims. Only, I think I might come out as awkward since I don't understand the song the band's is singing, and he barely utters anything, which is kinda a problem, but either ways, he's like a big huggable bear! (And he can pound a man to death! How cool is that?!)

Leslie Vernon from Behind The Mask: The Rise of Leslie Vernon- He's cute, strong, charismatic and he knows every trick in the book. A textbook kind of guy. But, yeah, I know he's gonna bite me in the end. I can tell he doesn't like competition when it comes to slashing. But until then, I would so like to kiss him... 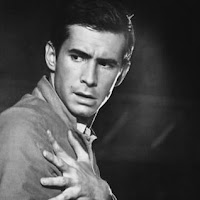 Norman Bates from Psycho-  He knows how to cook, very friendly guy, charming in everyway, has mummy issues, but otherwise tolerable. Yep, an ideal guy for every psycho girl! Yeah, I know the legion of fan girls out there who are after this guy, so I say this: BRING IT BITCHES!


So until then, carve up those hearts and say your "I Love You"s, for even in V-Day, villains need a little love~!

Images from Google Images. My Anime Face courtesy of Xinom. Felicia Goldstein Courtesy by moi.
Posted by Kaijinu at 9:54 PM

Email ThisBlogThis!Share to TwitterShare to FacebookShare to Pinterest
Labels: all for love, Felicia Goldstein, Random Stuff, slasher, the list