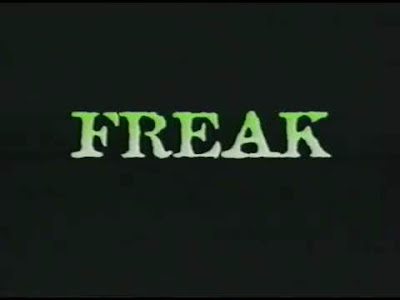 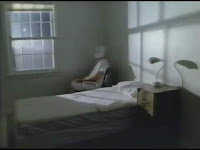 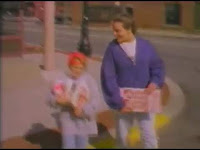 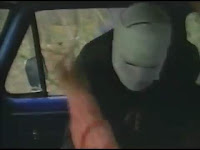 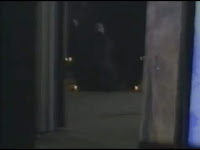 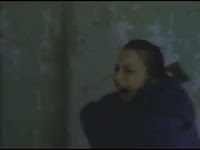 Bodycount:
1 female brained to death with a rock
1 female attacked, killed offscreen
1 male seen killed, method unknown
1 male hacked on the head with a hatchet, bled to death
Total: 4
Posted by Kaijinu at 3:29 PM No comments: 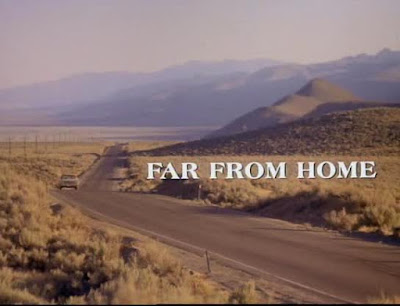 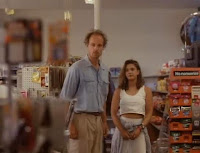 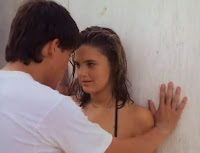 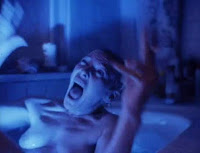 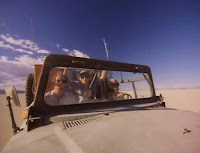 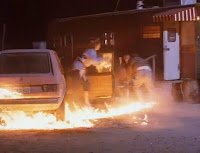 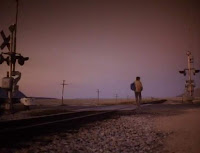 Bodycount:
1 male found shot on the head
1 female electrocuted in a tub with a tossed electric fan
1 female caught inside a burning car
1 female found dead, body preserved in ice
1 male had his throat cut with a hunting knife
1 male shot, falls and lands on a satellite dish
Total: 6
Posted by Kaijinu at 6:31 PM No comments:

Two more years and I guess my real life starts? Welp, if that's the case, then I better binge all the cheese and B-Horror while I still can!

Hehe, yeah. Happy Birthday to me~
Posted by Kaijinu at 9:31 PM 2 comments: 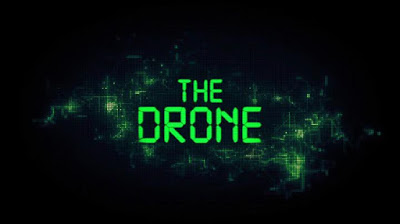 Tell me if you heard of this already: a serial killer gets hunted down by police, recites an incantation and ends up having their soul transferred to a toy. If you didn't say Child's Play (1987) then I question your validity as a horror fan as well as a visitor to this small slice of the web. Seriously, were you've been living under a rock with nothing but dung slugs for food and occasional company for those long lonely nights?

So, yeah, The Drone (2019) is another "haunted object" horror movie where unsuspecting people gets terrorized by unsuspecting everyday trinkets that's somehow resided by an unsuspecting paranormal evil. In this case, it is the soul of a voyeuristic serial killer known as The Violator who gets struck dead by a random lightning after reciting some presumably cursed binary codes as the SWAT corners him.

After making a quick kill out of one of the detectives, the now-possessed drone flies its way to newlyweds Chris and Rachel, played respectively by John Brotherton and Alex Essoe, and disguises itself as garbage dumped on top of the couple's trash bin. Chris sees the drone and quickly salvages it much to his delight, but Rachel isn't too keen on keeping a remote controlled cam-copter as toys that come with wireless joysticks trigger traumatic flashbacks involving a vehicular manslaughter caused by her RC car. Nevertheless, she soldiers on, hoping to keep the peace.

And as you would expect, nothing that savage for a good while; Chris goes working as a porn photographer while Rachel enjoys some "me time", blissfully unaware that their new toy's hovering around their house and neighborhood leering up women, recording private moments and setting up one of them as a voyeur. After finding their dog hanged by its leash and a hot neighbor killed by what appears to be tiny propeller blades, the two start piecing together a possibility that the recent mishaps and misfortunes are linked to their new drone, soon to be somehow proven when the gadget starts attacking them and, too, those that are in the way.

Presenting itself as a trying techno-thriller with a creative slasher curve, The Drone pretty much trails down your typical haunted object plot, with one character slowly realizing that something may not be quite right with a cursed object only for the rest of the cast refusing to acknowledge the claim until warm flesh hits the tiny fans. Seeing the focus here was more on building the absurd situation, the pacing is relatively slow and steady at first, but this is thankfully remedied by the film's expressively eccentric and fun casts, and too some odd-duck scenes including laughably cheesy horror tributes (I see one for The Exorcist III (1990) and ALIEN³ (1992)) and the drone getting very advanced upgrades to get its kill-zone on. 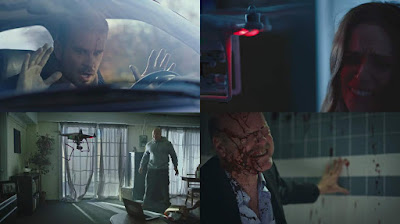 The third act is when most of the bloodier drone kills rear their cheap and ugly head out but, for what it is, they're in par with the B-grade style of plotting and direction this movie is going for and I would say I'm pleased at some point. The climax also pays off kindly for any slow starts and hammy misgiving, rewarding our patience with a dumb yet enjoyable final fight with the drone which, by then, ditched the silent stalker act for a more wise-cracking persona that had me chuckling for its worth, especially when it starts to act and feel like a genuine slasher villain.

Silly? Yes, and I'm not gonna deny its strongly feisty fromage neither. The Drone (2019) is the type of movie made for someone who can find simple joy out of the strangest things. Granted, the idea of a possessed toy isn't all that original seeing this movie even resorted to borrowing elements from other better titles out there which you could have been watching instead of this, but it has the exuberance to power through the cliched story and its strange choice of villain with all of the gusto it can muster and that is something I learn to admire from this little timewaster. It's not for everyone, but if you love something so bad it's good, give this freak a spin! 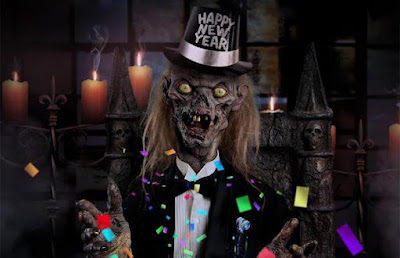 Here's wishing you all a good day, a good night, a hopeful start for a new year once the sun comes up!
And wishing me enough patience to see both Godzilla vs Kong and Halloween Kills...
Posted by Kaijinu at 1:38 AM 2 comments: