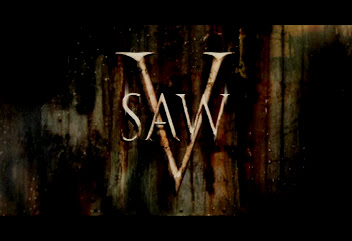 Since John Kramer, AKA Jigsaw, is dead, people across America (or at least a portion of America) thinks they're finally safe from his madness. But when a SWAT Commander gets forced to play what appears to be a Jigsaw game, it becomes clear that Jigsaw had a surviving accomplice. After going through a series of tormenting games, it soon revealed that someone from the inside is helping Jigsaw and continuing his work from beyond the grave. And that man is none other than Detective Hoffman. Which was introduced in SAW III. And had no bigger role until, like, right now.

Starting with yet another Jigsaw game where a man is strapped by the neck and wrists to a slab while a bladed pendulum swings an inch closer per second into slicing him in half. Apparently, the only way to escape is to have the machine crush his hands, but this makes the trap inescapable, thus severing him completely in half.

It is eventually revealed that this trap occurred some years ago and it had something to do with Detective Hoffman. Now continuing from where IV left, Agent Strahm nearly got himself drowned in a box trap placed unto his head as he chases the perpetrator of a recent Jigsaw game. But after a gutsy escape, Strahm made it out while Hoffman shows off a facade that he solved the case and is treated a hero. Now out to prove Hoffman's connection to Jigsaw, Strahm pursues a personal vendetta against him.

Meanwhile, five strangers are held captive and is forced to play a game and the only rule is to stay alive, or die trying. (Yeah, that's pretty much it)

After an intriguing fourth film, SAW V may have knocked the series back a few steps and ended up being a basic entry to the cycle. Technically, the film's a cops-and-robber style of plot with suspicions already known and a race against time getting played around before a not-so-shocking reveal. Insofar, it's everything we've seen before from an all natural and all familiar SAW entry and that includes the massive gorno tropes.

I can't really hand anything unique here; to be frank, the series could have gone through smoothly even without this entry if it wasn't for the first and last ten minutes that connects the previous and next cycle. Strahm's attempt to expose Hoffman barely even mattered, with most of the story focusing solely on another unlucky captives as they work their way through the latest of Jigsaw traps. There are some flashbacks that connect Hoffman and Jigsaw to say the least, in which the vengeful detective used Jigsaw's modus to cover up his own crime. Sure enough, John Kramer didn't like that but lets him live and decided to teach him as he sees a lot of potential. Good note, but not as good as the rest.

Interestingly, the gore here is surprisingly less torturous; if I could compare it to anything, it's SAW II with a slightly more visceral taste from decapitations to bomb decimations, but nothing of the prolonged, bit-by-bit dismemberment that the third and fourth introduced. (Save the last trap where the two survivors must run their hand through buzzsaws. Ouch!)

Primarily the weakest entry, SAW V doesn't go anywhere. It's a watch for hardcore SAW fans but in terms of gorno lovers, I think you guys can do better than this. At least the next two films are a better watch...

Bodycount:
1 male severed in half with a bladed pendulum
1 female pulled into blade, decapitated
1 male immolated by explosives
1 female found with neck slit (flashback)
1 female gets a hook hacked into her head, electrocuted
1 male crushed flat in closing walls
Total: 6
Posted by Kaijinu at 4:07 PM