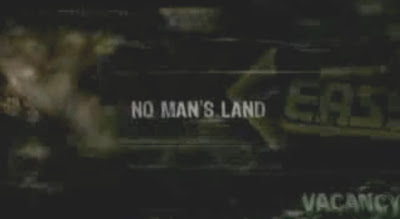 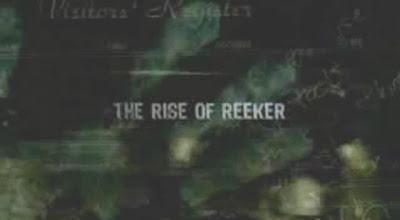 To follow-up an oddball like Reeker (2005) is a gutsy thing to do; if a film was that strange, you would either fuck it up or flourish it depending on how you'll try to work with the mythos. Kinda like how S. Darko (2009) is more or less an inferior clone to Donnie Darko (2001). Director Dave Payne from the first Reeker returns to create a new installment to his little indie flick, which is, fairly speaking, nothing big despite still (or perhaps more) watchable than the first.

The movie starts with a brief time travel back to 1978, as a serial killer known as the Death Valley Drifter busies himself by murdering and mutilating captives in his outhouse-hidden lair so foul, he had to wear a gasmask (Tie-in alert!), apparently under the orders of ghostly voices only he could hear. Unfortunately, he got sloppy one time around and a local sheriff caught him, before having him executed via gas chamber.

Unknown to the sheriff, however, the voices that were ordering the Drifter to kill are more than impressed by his killing spree that they made him an avatar of death known as The Reeker.

Moving forward to today, the sheriff now has a son who's about to replace him upon retirement and they were talking about it at a local diner one day when suddenly, three bank-robbers, fresh from a crime gig in Las Vegas, stop by and haul up some gasoline for their escape. An initial shootout between cops and robbers starts, leading to a sudden explosion that apparently killed a wounded cohort, but when the body is nowhere to be found and an invisible wall traps them around the diner, the survivors must patch up and prepare for a threat way more dangerous than mere thieves.

Practically, it's Reeker minus the slow pace and with added cheese, bodycount, and more Reeker as new mythos surrounding the villain were given that much highlight here even if some of it were not worth fretting about (something about voices that chooses people that will act as their avatar and said cycle starting over again once the original avatar's dead, invisible walls, yadda-yadda).

What got me liking this film however is that at least it's admissible compared to the first; we know what is coming, we know what's going on, so it's easier to enjoy it as a mindless, digestible popcorn movie to watch over a late night as it is silly, even comical at some point, and thrives some satisfactory kills among its cheesier fair from petty characters and their equally petty decisions, to set-pieces that goes beyond explainable such as a talking half-cooked chicken. (Technically it's a burnt crow, but it kinda looks like a chicken!)

While Reeker is an underrated genius, No Man's Land is more of an acquired taste; people will hate it, people will love it, but above all, it's a mediocre entry to a peculiar franchise that is honestly going nowhere. To be generous, for at least not putting me to sleep upon first viewing (unlike the first), I can easily recommend this to folks who are into the weird, the cheap and more likely fans of the first. Just don't hope for the impossible...