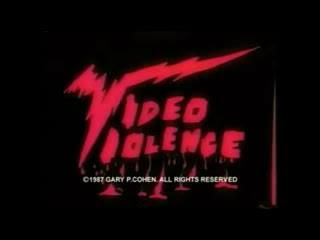 Being raised in a Catholic country, I find it funny that I still managed to see the violent movies being reviewed here in my blog. Guess you can thank my dad on that but I thank my mother as well teaching me on how to limit my viewings, balancing the number of horror movies I watch with other forms of entertainment I sometimes call palate cleansers. (listening to music, drawing comics, reading comedian biographies, the usual)

After all, too much of the good stuff can be bad, right? 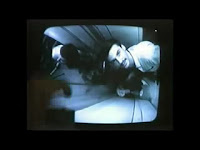 The reasons I grabbed myself a copy of this cult favorite was to see whether this is worth the rave as well as curiosity seeing Gary P. Cohen, the man behind this title, got the idea for this film while working as a video store clerk; he once saw a woman came to a video rental store with her toddler and asked if the film I Dismember Mama was rated R for nudity. He wasn't sure if the movie contained nudity, but he guessed it was probably rated R for graphic violence. The woman decided to rent the movie, saying that as long as there was no nudity it would be appropriate for her children to watch. Is this the kind of craziness I will be expecting from this film? 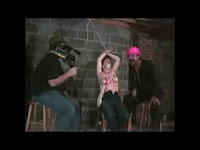 Meanwhile, the townspeople, including anti-heroes Howard and Eli, continue their snuff hobbies as they pick off and mutilate lost travelers, recording it all for their viewing pleasure. When more tapes fell on the couple's interest, it's only a matter of time before their snooping would lead them to trouble. 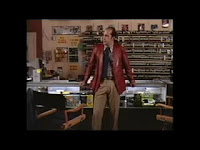 On a technical view, Video Violence have everything of a Shot On Video title; with rubbery effects, amateurish acting and all around 80s cheese, what this film owe in surviving the video market was its unique plot. I'm quite impressed with the effort the producers did for this movie as while clearly made for fun, it plays a satirical look at our need for, well, video violence. Yes, there's clearly a mean-spirit tone here but it's played with enough overacting and bizarre nature that it's humorous in the oddest sense. heck, even the movie's theme is hilarious! (Why do I picture a basketball game in slow-mo everytime I listen to it?) 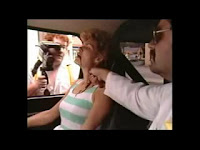 While it does have shoddy effects and editing, the basic culprits found in every shot on videos, the camera work and lighting were handled well enough to look even a bit professional, which is a good thing since the film's main highlight, the gore, was pretty sick for its time and, in a horror fanatic's way, it was good!

Some pre-Hostel situations had the two snuff masters torture and dismember their victims in favor of a town that loves them for their work, with some nasty machete kills, ice pick stabbings and lots of bloody mayhem. I find it a blessing that it's silly in nature because if the kills and actors were realistic, then Video Violence would have been too intense for viewing and we would have been stuck with a mindless, overcooked piece of horror meat.

With the air of the 80s under its wing, Video Violence is an outstanding piece of cheapie that done right its worth. Bargain-counter at all cost, but a messy fun satire of our love for violence with enough nods and winks at us slasher fanatic. Horror nostalgia for the VHS rental era of the late 80s!