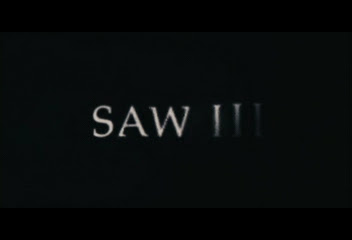 Just as SAW II (2005) started the ball rolling on creating a franchising monster out of the mini-classic SAW (2004), SAW III (2006) was supposed to be the show stopper and, true, it ended some plot points introduced in SAW II in which Jigsaw, AKA John Kramer, turns out to be hauling up an apprentice who would continue his line of work "teaching" the unfortunates to be fortunate with what they have or die trying. 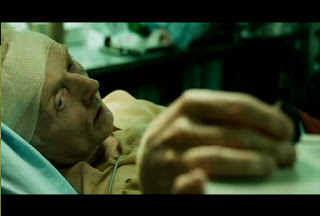 In this next chapter of the bloody epic, we have John Kramer being taken care of Amanda Young, a constant survivor of earlier Jigsaw games who is last revealed to be Jigsaw's prodigy, as his brain tumor starts to take a bigger toll on his health. Their part of the plot concerns Amanda kidnapping a depressed doctor in order to perform surgery on her mentor upon orders, while flashbacks reveal bits and pieces of how the two antagonists' worlds weave together.

All the while, a man with a hunger for vengeance against the one responsible for an accident that killed his son is kidnapped under Jigsaw's orders and gets placed in a series of tests that trials his need for revenge.

Frankly, I find this film rather poor in terns of story as the flashbacks provide too many slow distractions to what's happening outside the sickroom and they questions further the continuity rather than answer it. Looking back at the first SAW movie, the elements from what made that film a success is gone in this the entry as it appears starts to dwell into its own mythos that are increasingly getting less realistic with each film. 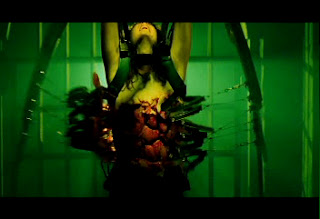 In terms of gore and splatter, this is film where it finally begins to dwell into torture porn wonderland as the mechanical rusty traps have more visceral taste to them; nude people being washed frozen and traps that drown people in shredded rotting meat, it's a step up for the grue and the film relies a lot of its positives on them. Perhaps, relied too much as it took away a lot of the movie's intertwining plots' effectivity as Shawnee Smith's character Amanda Young being Jigsaw's apprentice, John Kramer's past, and the avenging father subplot barely made sense until the last ten minutes, again in an old fashioned SAW-tradition movie twist. The general result is a visually entertaining yet empty walk through of blood and guts being sprayed around with little or no connection to what's happening until the reveal. 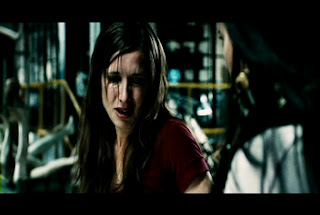 In terms of franchises, the entry's a weak way to end it. Thank God that this wasn't the end. Far from it as the series will soon spawn its own brand of further massacres and mayhem as it broods deeper into the Jigsaw's mythology. With varying results.

Bodycount:
1 male decimated by bomb
1 female had her rib cage torn out from her chest
1 female washed frozen inside a freezer
1 male bagged on the head, suffocates (flashback)
1 boy seen killed in a drunk driving incident
1 male shot on the face with shotgun
1 male mangled in a gear-based trap
1 female shot on the neck
1 male had his neck slashed with circular saw
1 female had her head decimated with a shotgun shell-ringed collar
Total: 10
Posted by Kaijinu at 8:37 PM