Ask me a Question: Is Patrick Bateman Really Dead?

For long, we slasher fans, or any horror fans out there, may know and accept that the charismatic, serial slasher yuppie Patrick Bateman is dead. Killed off in a snap of a finger at the hands of a little brat who would later grow up to be an FBI agent moonlighting as a serial killer.

By then, many of us are likely devastated by the results of what would later follow. Hell, that little bitch couldn't hold the flame to what the real American Psycho had done. Hell, she's not even hot! (Gemma Ward is Hot. Pamela Springsteen is Hot. Amber Heard is hot. Her? Not...just annoying) Everything that the first worked up, reduced to standard, stereotyped slasher that offers very little and done a lot of things done before. (Way better before...)

But the more I starts to dwell in the fact that Bateman is dead, the more I begin to have an epiphany, a revelation of sorts. So I beg to question: Is Bateman really dead?

Look at it this way, at the first movie, Bateman hold many aliases such as Paul Allen and Marcus Halberstram, all of it he hated since he claims that the people who call him those names always mistook him for another person. Soon enough, he murdered the real Paul Allen, hacking his face with an axe while dancing to Huey Lewis' Hip to be Square. After disposing the body, he was left unsuspected of a crime by pretty much everybody as he simply claims that Paul left for London. Later in the film, his psychosis starts to break down to a small-time massacre, shooting number of innocent citizens, an action of which he described in full detail (along with many other killings) to a lawyer over the phone.

The next morning, he met up with his lawyer, who claims it was a joke and mistook Patrick for someone named Davis. Patrick breaks down further, trying to convince the massacre was real, but his lawyer claims to had seen Paul Allen in London and has talked to him. In addition to this, his personal assistant saw a number of detailed drawings of every murder and taboo he committed.

Now, if we're going to put the book's context into this, where the later chapters seems to be more and more delusional, we could assume that it was all in his head and Bateman didn't commit any of the crimes. Not to mention the number of times he had been mistaken for other people. If this is the case, then what are the odds that Patrick Bateman being the real "Patrick  Bateman"? What if Christian Bale's character is actually just modeling himself to a REAL serial killer, who goes by the name "Patrick Bateman" and just fantasized himself committing these murders and taboos? I mean Christian Bale's character talked a lot about serial killers like Ed Gein and Charles Manson, what are the odds that Bateman, the real Bateman is a separate entity? Who's just as real and fatal as Bale's character.

For all we know, he's psychologically imbalanced and is a ticking-time bomb himself, it would be a matter of time before he starts committing his own brand of murders. All the while, we have another case; In 2002, we have the sequel to this film, smaller in budget and in imagination, about one Rachael Newman attending a university for Behavioral Science, aiming to be an assistant to a beloved professor who she looks up to. Well, it was all peachy-peach until she starts watering down the competition, not to mention unearthing a scandal. She had her own brand of murder and mayhem at the end, but she's actually made infamous for many fans by one act of sin...SHE KILLED BATEMAN! THAT BITCH! 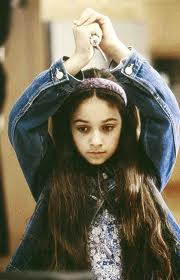 Okay, okay, personal issues aside, We get to see how the sin was committed: Rachael was very young when her babysitter brought home a date, unknown to her was really Patrick Bateman. Just as Bateman began to eviscerate his new victim, Rachael escapes and sticked an ice pick into her captor's head. He dead. Rachael lives and soon all hell broke loose.

Now, we could all assume that, due to budget restrains, the sequel hired another face to play as Bateman, who now wears a mask as he commits his crime, but we could also look at it this way: this is the real Patrick Bateman. The real serial killer. the face Christian Bale's character idolizes so much. If this is the case, then Bateman, the real Bateman, is killed by a brat. Bale's character, Bateman's number one fan, is still alive and probably devastated by this fact and would go into further psychosis which would lead to a full blown serial killing, all the while Rachel got away with it and is now an FBI agent. 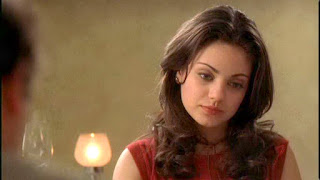 That, or the old story: Bale's character is really Bateman and he finally worked up the guts to commit murders one day, plastic surgeries his face into a different one to avoid suspicion and, after so long, made his first mistake and bit the big one at the hands of a six year old.

Then again, this is just a theory. It's up to the fans of the first, and if any, of the second, to conclude whether this notion is probable or improbable.

So there you have it! Til' next time, mates as I tackle more of horror cinema's hidden and long debated questions!

Email ThisBlogThis!Share to TwitterShare to FacebookShare to Pinterest
Labels: ask me a question, Random Stuff