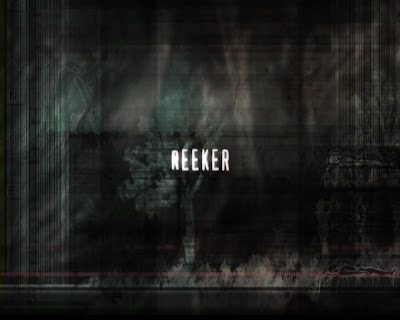 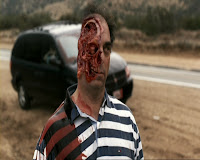 The Reeker is one strange cookie; in the first three minutes, a family in a car trip to nowhere had their quality time turned for the bizarre when, after hitting a deer, they start to end up with missing body parts ala zombies only to be killed by what appears to be a deadly gas.

After that, we then move our attention to a group of teenagers on a road trip getting stranded in an oasis after their car broke down. The spot turned out to be a dead zone for satellites and cellphones so they decided to just crash in the abandoned motel for the night until they figure out what to do in the morning.

The thing is, the place seems to be crawling with decaying yet still-living people warning them of a mysterious and foul-smelling creature responsible for their state and will soon pick them off one by one.
﻿ 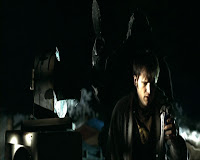 While The Reeker attempts to break the boundaries of the usual slasher offerings by providing us some new angles, the usual culprits such as stereotyped, one-dimensional characters and paint-by-number stalk-and-slash antics are still ever present.

However, the clichés weren't the major shortcoming of the film but rather it is the fact that it is just not thrilling to sit through; the mood is utterly bland and barren, running its course as a slow-paced boiler where almost nothing happens for a good bulk and by the time it does, it sometimes come off as trifling and a bit trippy. 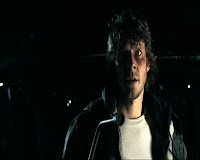 This said, what the film lacked in pacing and proper scares makes it up with its craftiness and well-thought plot twists that veins from films like Identity and Final Destination; the concept of an avatar-like figure stalking people in the desert might as well be just another slasher if it wasn't for the twist alone, which not only doubled the bodycount but also gave us a reason to pay attention to some details. It's a tedious job at first viewing but after another round (if you're willing), you might look pass the flaws and began to notice how clever the whole film was at some point.

No matter how bad a film is, there's always a redeeming factor to it; The Reeker had a genuinely ingenious redeeming factor but it's flaw often overcomes it. That being the point, it is a slasher for the patient, the weird or just for the open-minded, a foul little beast that's a tad slow yet surprisingly cunning.

bodycount:
1 deer ran over by car
1 dog found maimed
1 male found with half of his face sliced off
1 female seen in half
1 boy seen scalped
1 male found in half
1 male suffocates over noxious air
1 female gets a rotating probe shoved into her arse
1 male crashed through window and gets a shard to the neck
1 male had an arm lopped off, rotating blade to the gut
1 male suffers a heart attack
1 male ran over by RV
1 male gets a windshield shard to the neck
1 female suffers internal bleeding from car crash
total: 14
Posted by Kaijinu at 1:55 PM