Phantom of Texarkana: The Town that Dreaded Sundown (1976) 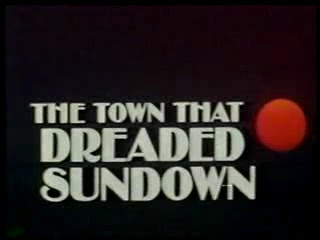 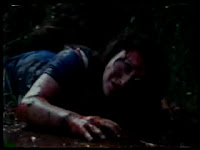 Based on the Texarkana Moonlight Murders back in 1946, The Town That Dreaded Sundown was one of the more mediocre yet fun psychodrama shot in a semi-documentary form for a gimmicky attempt to entertain.

Taking place in the 50s, months after World war II, the small town of Texarkana was preparing for a better future as its people mingle around their lives with no to little worries in their minds. That was until one night, at a lover's lane, a couple gets brutally attacked by a man in a white hood; both survived, but the lady was badly bitten. This causes a stir among the locals and soon, more attacks come through and the situation got so bad that they call in as many possible reinforcements from the state of Texas to help stop the madman on the loose. But will this be enough to stop the masked fiend hellbent on murder? 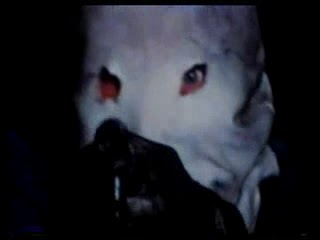 Juggling its tone between genres, mainly police drama, camp comedy and the usual slasher flick, The Town That Dreaded Sundown comes off as cult classic best remembered due to its dazed nature. It sometimes come off as serious, with a gritty look and a tone providing authenticity to a somewhat fictionalized take on a true story. It even features a very intimidating looking killer despite the simplicity of his getup, blue eyes that burns in fury and heavy breathing distorting his mask. It's a simple movie, with much periodic flourish and enough background details to make it an entertaining piece of a psuedo-mockumentary tied slasher thriller of sorts. 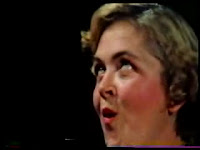 For all its seriousness, though, the movie shifts to a more comical feel at times, with cross-dressing cops littered to lure the killer and, the movie's most (in)famous scene, the killer tortures and murders a girl strapped to a tree with a knife attached to a trombone. (Yes, he trombones and stabs the girl to death. Why do a simple stabbing that much complexity? Sorta makes this guy desperate to make a name for himself.) The large number of casts didn't actually do much to help the film achieve it's full potential as a scare and some of the scenes, mostly involving the very prolong moments of police business, barely made any sense thus pacing the movie horribly. 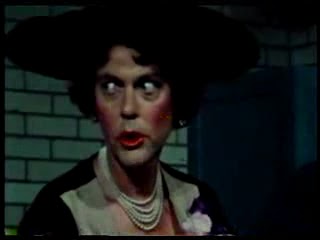 The Town's fusion of horror, comedy and drama always divided and joined attentions, and it's not hard to see why a lot of horror junkies know and recognize this film. The story is easy to digest, it's tone too uneven yet hard to ignore, it practically have something to offer for a wide variety of fans and the overall result is a movie that's crazy enough to be a fun and silly hodge-podge monster of exploitation. So, I can easily say this without choking: do yourself a favor and catch this film. It's one less weird cinema to watch, but it's all worth a view especially if you're a slasher fan.