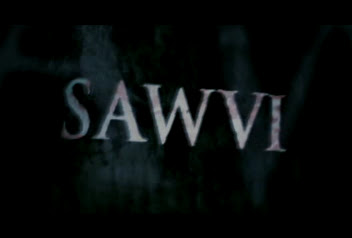 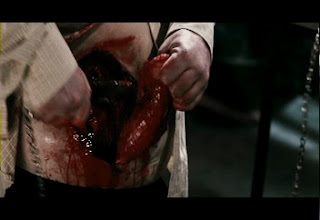 With no more loose ends to track him down as the new Jigsaw killer, Agent Hoffman is now free to start his own games of  torture and mutilation under his mentor's name. But when a twist in time went back to haunt him, a believed-to-be deceased agent Perez comes back to solve the new series of Jigsaw murders after being hidden from public due to the miscellaneous identity of the new killer.

Now that everybody believes that Strahm's the killer (his fate is currently unknown to them), Hoffman's forced to start a new game against a health insurance executive, William Easton, whose decisions in making policies are put to the test in a morbidly grue way. As the FBI closes in on him, drastic measures had come in place and an unexpected turn left Hoffman in a dire situation.

After the drastically awful entry that was SAW V, SAW VI improved a lot since then; not only are the killings more subtle yet grittier, but the story is an interesting crew that not only can act as a great sequel that started the countdown to a conclusion, but also as a standalone film. 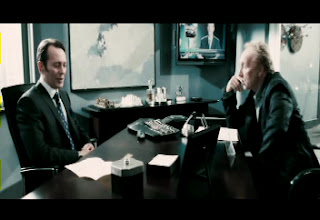 It's never boring, not with all the things going on here; just as we believed this is gonna be a smooth cake of a ride for Hoffman, which in this point had gone from unlikable to infamous, the sudden revelation of a surviving victim says otherwise. This gave enough tension as both us and Hoffman wonders how long he can fool them which can be also said for this film's main game.

The traps are also smarter; instead of made just to physically torment and dismember its victims, they're more of hand-held consoles, tools that only does what they do upon their holder's decisions. They're not made to fully splat blood and pieces of humanoid remains at us but they're more responsive to the movie's emotional plight.

The only negatives I can really point out in the film is some of the contingent acting but then again, at least Hoffman's uneasy presence is abundant enough to make him as intimidating as possible without going overboard on his slightly crazier Jigsaw justice. I know that the credibility of an actor can always be the lifesaver of a film, but when it comes to horror flicks, you can overlook it without shame, and so long as the main point of the film matters, either the blood red stains or the viscera flying out of proportions, it's all forgivable, if not too much.

Thanks to newcomer Kevin Greutert, SAW VI might be not the best in terms of BOX office, but true success of the film was on the satisfied faces of its fans. And why not? A strong plot with strong yet not overboard gore, how can you go wrong with that? 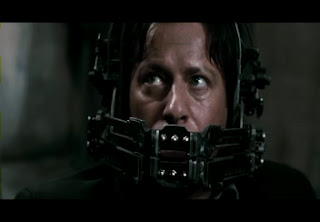 bodycount:
1 male had his temples drilled and crushed
1 male shot
1 male had his ribs crushed with weights
1 male hanged and garroted with barbwire noose
1 female had spikes shot to her head
3 males and 1 female shot on the chest with shotgun
1 female thrown into friendly fire, shot to death
1 female knifed on the gut
1 male had his neck cut with knife, set ablaze
1 male melted in half with injected sulfuric acid
total: 13
Posted by Kaijinu at 6:33 PM