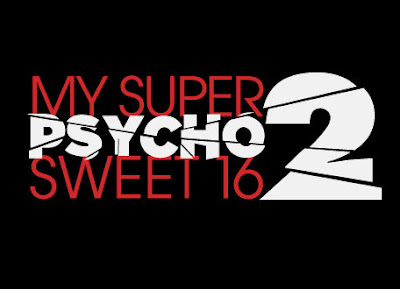 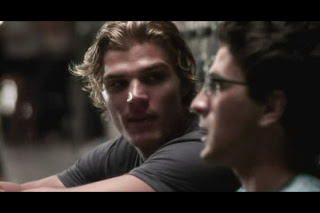 Last time we left, we know super bitch Madison's dead after our Final Girl, the meek yet stressed Skye has left her for dead under the arms of Skye's psychotic father, Charles Rotter, the Lord of The Rink who is now a fugitive. Brigg's heart broken as Skye's , later that day, took out in the run from her already ruined life, and from the cops, who's out looking  to question her about the events in the Rollerdome Massacre. She finds refuge to her mum, and her mum's new family. Things had gone off a rough road but soon she did fit in to her new family and all was starting to look fine, until her friends finally tracked her down, begging for her to come back and face her demons. If that's not complicated enough, who else but Mr. Rotter decided to show up and start killing off as many annoying teens as possible, all the while begging for Skye to join him, too. It's another round of Skye's torment, and the night's not gonna end peacefully for anyone. You pretty much have to see the first to get all this, but in you're watching this as your first, you might find a more emotional ride in this particular title.

It's a film of two halves: one being more of a psychothriller in the vein of 90s aftershocks such as The Good Son or even Jamie Lee Curtis' Mother's Boys, where the arrival of a particular family member posed a threat, both real and imagined, either from or to the family. 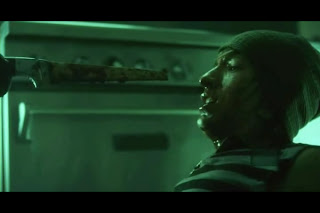 While the first film mixes slice and dice antics with melodrama, MSPS16 Part 2 antes the drama to a full blast as it focuses more on Skye's plight. We pick up straight on to her guilt, and how it starts to take a swing to both her personal and social life. Images and dreams of slaughter plagues her, either taunting her or exposing her as a weak individual. At times you feel for her, but sometimes, after all the ordeal she had survived, you've come to be afraid of the possible outcomes for this carnage. Of course, this comes to affect Alex, Skye's younger half-sister who's sudden arrival of this stranger posed an unusual position for her and their mother, who is now burdened with an additional responsibility towards Skye. In fact, out of the two, Alex is more prone to psychotic tendency, suffering from depression which she tone down with pills and even daydreamed a pencil murder, which marked this film's attempt to franchise the film, already setting the possibility of the next big killer, whether in this film or in the planned third.

The second half is where the full slasher takes in; taking place in a night club called The Boneyard, which is technically Super Psycho Sweet Sixteen the first all over again, only in much quicker pace and some darkly funny moments, though the wit of the first is not as executed as nicely in this entry. The slaughter late on is bearable and equally enjoyable, though Lord had lost his whole get-up and weaponry and the kills came off more basic than imaginative. The problem was that the tie-in of the MTV series that started it all is gone and had took a more direct approach on a horror-drama. So the obnoxious teens is technically just meat and, if they got killed, it hardly matter that much.

There's a lot going on for the second, but I find it a tad too dramatic to match up with the second. It loses some of the fun parts that made the first a fun ride, but in turn, gave us a more in-depth take on character that actually works. If I'm gonna describe it as anything, it's a telenovela made for slasher fans. With an ending so open, we can tell this isn't the last of Skye's series of misfortunes, for it's only a matter of time before we see the grand finale of this great series. So far, it hasn't disappointed me yet, so yes, bring on the next sequel!

Email ThisBlogThis!Share to TwitterShare to FacebookShare to Pinterest
Labels: 2010s, all for love, Franchises, masked slasher, reviews, slasher, The Holidays