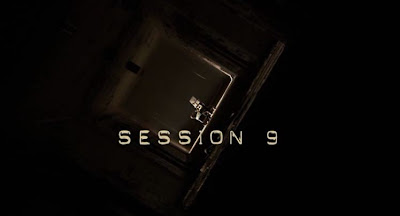 Gordon Fleming is the owner of Hazmat Elimination Company, which handles the removal of leftover asbestos from pretty much anywhere. When he hears that the broken down Danvers State Hospital is need of cleaning, he sets out his team to do the job, unaware that this might be their last.

Making up the cleaning crew are four other eclectic men; Mike, a law school drop-out who knows the most about the asylum in the group. Phil, Gordon's second in command and a marijuana junkie, who's currently bitter from the fact that his long-time girlfriend left him for one of his friends and fellow asbestos remover, Hank, who in turn dreams of leaving his job to run a casino. Lastly, we got Jeff, Gordon's nephew and the youngest of the crew who suffers from severe nyctophobia.

As they begin working, they soon find out that the place begins to  affect them in different ways; Mike discovers and becomes engrossed on a box of nine taped sessions with a patient known as number 444, a thirty-seven year old named Mary Hobbes from 1974 who suffers from multiple personalities and was invovled with an incident involving a knife and a china doll during Christmas in 1951.

All the while, Gordon opens up to Phil that he hits his wife after she accidentally spilled a pot of boiling water on him and that the last thing he remembers is his spouse and child crying and the dog barking. He becomes completely depressed about it and constantly begs for forgiveness.

After finding some old coins and other valuables, Hank returns one night to stash himself some goods, only to be attacked and killed by an unseen assailant. What soon follows is a grueling boiling point as trust and survival are tested when someone begins picking them off one by one the more the return to do their job...

Session 9 (2001) is a slow burning take on a psycho-thriller with an effective creep factor to boot. It's actually very tame in means of thrills as it lacked anything gratuitous, the murders were barely bloody and the humor is completely absent. It's technically very sluggish in pace, but along the wait, we begin to take notice on the flaws our characters have and how these would soon become a pinpoint to everybody's suspicions. They're technically scared men whose insecurities with their life and fears began to take a toll on their psyche. Session 9 doesn't just deliver the terror, it breeds it, fleshes it and, in some way, takes us with it as it is designed to creep and unnerve us.

The fact that all the actors delivered their roles with much theatrics and barely any flaws in it (as well as the main premise of an abandoned, old hospital) helps this film gain its notoriety quite effectively, putting a good use to nyctophobic and claustrophobic elements that played as vital perplexes of the story. It's shortcomings, though, come in tastes; some people might not see these characters to be as developed as they should be, as well as the entire direction might be a bore for those looking for a messier and quicker thrills. No, Session 9 works better for those looking for something much more cerebral, rather than standardized blood and guts, so heed this as a heads up.

With a low-budget to run, I'm impressed with what I'm seeing here. It has scares, story, interesting characters and enough thought to keep a fan watching. It might be tame in terms of visuals and exploits, but Session 9 is a distressing little number that any horror fan should definitely check out.