Well, that was a sure a fun week for me: not only is a shipping (AKA Pairing) from my fave cartoon is in jeopardy, but me and my thesis mates are also one-step closer to finishing that damn thing. I'm happy, that despite this cruel week, I get to enjoy the idea of being (almost) free.

So to end this week, I step down and let Felicia have her way again, by introducing this lasy post for Bloody Valentine Week. SO Felicia? 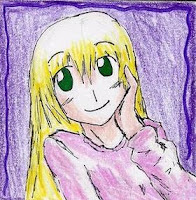 Felicia: Thanks, Herman. Hi, I'm Felicia Goldstein. You may know me as this blog's mascot and everyday slasher girl. Now, to end this silly week, I was asked to put down any horror film lovers I know who had gone luving on us. Well, I know a few lucky bastards who I'm sure got busy this Valentine Week, But none of them got as far as being romantic than Mickey and Mallory Knox:

Let's face it, we don't have any other horror characters that's as romantically serious as these two. I mean, they really care for one another, it's them against the world! And seeing what these two had went through, I can say they really mean it.

Mallory had nothing going on for her life until Mickey came around in a uber-sweet intro in their lives. As it turns out, murder and grand theft Auto was a turn-on for these two, things got to tastes like diabetes soon as they cut off their ties in the world and got "married" at the top of the world. So far, even being jailed after a murder gone wrong doesn't stop them from loving each other, and lovely even, Mickey wrote the most beautiful piece of poetry in Thriller history. Love conquers all as they even escaped together and presumably lived a semi-normal life with three kids and a traveling RV. I don't know what happened to them since then, but God, I do wish them the best of luck and one long life and love. Them against the world. Them. Against the world... 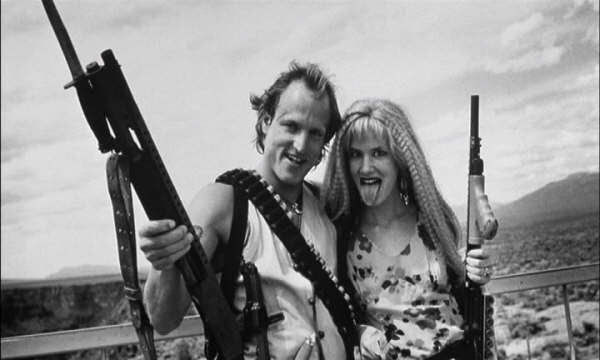 Happy Valentines you two, whereever you two sonovabitch are. And same to you all readers out there. Lucky or not, I'm sure you'll find love. if it can happen to the most evilest persons alive, it could happen to you, too. See ya~!
Posted by Kaijinu at 7:24 PM

Email ThisBlogThis!Share to TwitterShare to FacebookShare to Pinterest
Labels: all for love, Random Stuff, serial killers