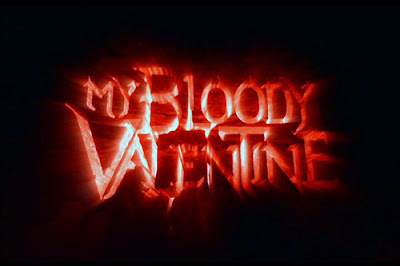 I adore the original My Bloody Valentine for the reason that it's a humble little 80s slasher from Canada and it doesn't try to be anything else than that. One would say that it is one of the more recognized slashers for its simplicity, thus earning itself a well-deserved cult status among horror fans but not widely recognized by mainstream media. So remaking this masterpiece for the new age audience seems like a workable stab and I am glad to say, it did the job pretty okay.

The plot concerns one Harry Warden, one of the miners who was trapped inside a freak cave-in and was forced to kill the others to save himself some air. By the time he was rescued, Harry slipped into a coma and brought upon infamy on his name.

A year later on Valentines day, Harry somehow dreamed of the cave-in and remembers who was responsible, a young miner named Tom who forgot to check the gas lines. This revelation awakens him from his coma and quickly makes his way out of the hospital, slaughtering patients and orderlies alike, and heads to a party being held inside the very mines he was once trapped in. By luck, Tom's there trying to get over his guilt so after taking pieces out of everyone, Warden closes on Tom and nearly kills the kid when the cops show up and put a bullet or two unto Warden.

Stumbling away, Warden was never seen of again and was presumed killed, with an unmarked grave hidden deep within the forest...

Forwarding to the present, Tom returns to town with plans of selling out the mines which sparks some animosity among the locals, including the town's current sheriff Axel, now married to Tom's previous lover, Sarah. Things go for the worse when a new string of pickaxe murders starts hacking its way through the local population and Tom's there to blame. But was it really Tom? What of Axel and his little secrets? Or the fact that no one saw Harry Warden died that night? Is Warden back from the grave, or has someone took his name and living it for the blood?

While the original My Bloody Valentine sports a very basic yet creative background as a slasher movie, the 3D remake did things differently by upping up the gore with a mix of both traditional and CG effects (some showcasing some really good 3D) and add some bit of story among the twists and turns it is willing to showcase.


MBV3D is actually an acceptable remake for these reasons, as the story added some level of intrigue and mystery that went pretty well with the nicely executed kills and its popcorn cheesiness. While I am sure not many will buy the mystery nor find it all that engaging seeing nearly anyone involved is unlikable on a level, at least we had some excuse to see flying body parts being flung to our faces in grueling 3D. What was cut off by the MPAA back with the original took a curve ball right back at them by giving us the nastiest pickaxe murders to put on screen and one very gratuitious sex scene. While it did kill the killer's creativity on other tools of terror (Nope, no nod to the infamous showerhead kill), remake Warden pulled off the greatest stunts of pickaxe mayhem which includes a little woman impaled to the ceiling through her chin, a head kicked to a pickaxe and, my favorite, a jaw removal, the one kill that puts digital body parts to its finest!

The Miner himself, albeit watered down from a cool urban legend to a simply a man who may had survived his initial attack, still have enough juice to deliver his mayhem while sporting his black gas mask and uniform. He is just as demented and formidable as a boogeyman as he was before, large, silent, and in this case, overly brutal. Personally, I'm just glad to see one of my favorite slashers back on his feet.

It took its time building some mood and, though flawed, the whodunit element is played with more importance instead of just revolving around the Holiday itself, with the idea of Harry Warden coming back from the grave with vengeance in its mind. It played around with two or three likable suspects; mainly Tom, Axel or Warden himself, and the execution for this seems more like a badly acted soap opera with a bodycount. How bearable this take is depends on whether you'd seen the original or not, or how open-armed of a horror fan like me, but I'm sure watching grown men gnash their teeth as they point fingers at a rival who they hadn't seen in years isn't without its criticisms.
Not exactly the finest remake but it did made a worthwhile effort; plotting is weak and the "been-there-done-that" worthy scenes are, understandably, a disappointment, but when it comes to mindless and overall blood-drenched cheesy fun, My Bloody Valentine 3D is a worthy watch.