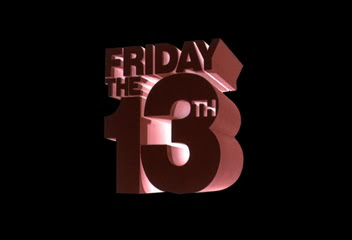 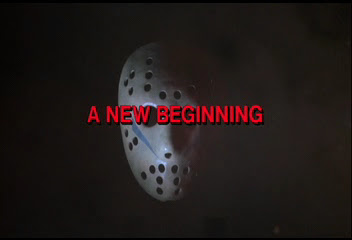 It was a dark and stormy night when young Tommy Jarvis returns to see Jason's shallow grave defiled by two thrill seekers, who in turn gets brutally finished off by the masked killer formerly buried there. After finishing the two, Jason Voorhees, alive and beating, slowly makes his way to Tommy, machete at hand...

Immediately, we awaken to reality and Jarvis, ten years passed after he and his sister split Jason's head in half, is disturbed and stricken silent by the incident. He is currently on his way to Pinehurst Institute for the mentally disturbed (or at least that's what I believe. Half of 3/4 of them looked perfectly fine) where he is hoped to be cured of his hallucinations of Jason popping out of nowhere. But after one of the patients hacked another with an axe in blind fury, a new set of murders starts popping nearby with the same Modus Operandi as that of Voorhees. Has Jason survived his splitting headache all along? Or could it be someone else who had taken a liking on murder?...

A New Beginning marks Paramounts' attempt to dwell further into the mythology of their Friday the 13th films, only this attempt had gone stale in terms of development and rather went slightly back to the cheddary veins of late 80s slashers, only with plans. Big plans.

A New Beginning was supposed to play with the idea of Jason passing his torch, a good concept if it wasn't for the supposed future killer taking very little time fleshing out and instead grunts and yells his way through the film, making him a rather obvious candidate. As a result, the idea was weak and resulted to an underwhelming excuse of a prodigy, whose personal nightmares took too long to take effect on them that we hardly care if he does snap. 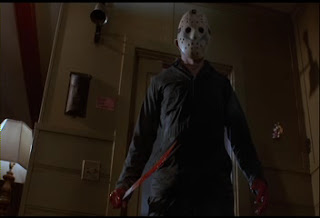 And if that wasn't sad enough, we're eluded to think that one of our leads might be the killer, but we're also littered with multiple suspects such as a mental patient who hacks up a poor butterball early on the film, as well as the possibility that Jason might still be, above all, alive. Suspicions aside, A New Beginning is more of your standard stuff, if it wasn't the tie-in.

Cheese, tits and gore are this film's main attraction instead, featuring a high bodycount with some of the coolest deaths committed by some guy impersonating J-man (That belt kill is Brutal!), one of the nicest rack to be flashed in the series (and by luck, that gal's last name is Voorhees!) and the fact that, during the last few minutes, our killer suddenly had the power to teleport from places and gain superhuman strength enough to survive being hit (and gutted) by a tractor!

It's not really that serious of an entry; if it's anything, they're poking fun at the mythology and try to cook up some nasty story with outrageously creative murders in it. It's genuinely popcorn material, making way to the last five years of the slasher decade and competing for the audience's taste for brutality and thrills. With more crisp equipment to capture the nasties and murders popping in every five minutes, what it gave up in return is the solidity of the story, thus making it a rather cheap cash-in to the success of the franchise.

To be fair, it's has more thought compared to another cash-in (Jason in Manhattan? Genius?), just executed very weakly. Judging from the next set of films, the idea didn't fare well and folks wanted their real man behind the mask. I feel for them, and I might as well thank them; Jason isn't what he is right now if it wasn't for the wishes of the fans to have their goalie-mask killer back, one way or another. Even though, his presence here is still big; whoever is in behind that mask, it's no doubt that he knows what the monster is capable of and thus, for a while, gave us a monster that is nearly as good.

Without a doubt, it's a Friday film; from build-up, to the backwoods setting, to the masked killer and the doomed teenagers, A New Beginning was a quick attempt to follow what might have been a very complex series. But when simplicity and imaginative (well executed) kills win, You might as well enjoy this blacksheep in the franchise. It's not Jason, but it's almost as good. 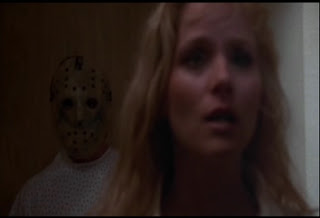