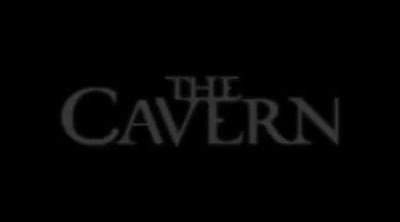 Cashing in the success of Neil Marshall's The Descent (2005), this cheap expedition follows a group of eight cavers who end up trapped inside the maze-like cave system within Kazakhstan's Kyzl Kum Desert. As the gang goes frantic trying to find a way out, something inside the cavern starts making its way through the pickings, murdering them one by one until only a few are left alive to face a fate worse than death.

Now understanding The Descent (2005), what works well with that movie is it's patient with its story and craft, taking its time to build its characters and the situation they are in while working up the full potentials of its claustrophobic setting as a horror element even before the film reveals its main antagonists. The Cavern (2005) tries to replicate this in the sense that it dropped its characters down the same cave-in situation, only lacking any attempts of a story development, building any tension or likable depth from its casts. These people are practically just walking meat bags that screams and yells about their situation (if not suffering from Nam flashback-style of supposed character moments), doomed to a dull, patterned plot flow of them walking, running, getting killed and then freaking out. Rinse and repeat.

By the time they try breaking the routine, it's already an hour into everything and I honestly give zero fucks as to what will happen next by then, which is fitting because at that moment, they hatch a "plan" to try and stop whatever is killing them and said plan is to shoot it. No, really. This does, however, lead to the only genuinely interesting bit from the entire slob, which reveals the true nature of the murdering cave dweller and closing it all with a downer ending where the survivors are killed and raped.

Sadly, that no-holds-barred finale, as unsettling and sudden as it is, cannot wash away the boring taste The Cavern (2005) leaves behind, from the annoyingly grained-up camera work and unnecessarily stylized editing, to the horrid lighting and stifled sound design. It has its gory bits, yes, but would you really want to sit through eighty-some minutes of people screaming in darkened screens while the same squishy sound effects get used over and over just for that? I don't think so. Truthfully, if you have an itch that only a horror adventure flick could scratch, you're better off watching The Descent (2005) again than giving this a swing.