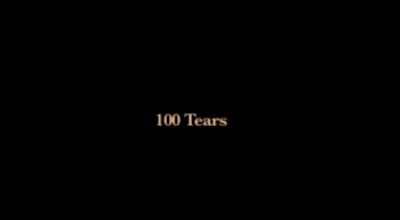 A pair of tabloid reporters, Jennifer Stevenson and Mark Webb decide to personally investigate the infamous "Teardrop Killer", a serial killing clown who hacked up 20 years worth of victims and eluded capture since. As they try to fit the pieces together to find the elusive maniac, little do they know, they're barely prepared to face the unstoppable Teardrop Killer...

100 Tears seems to be a movie of uneven direction. A few minutes into the film and we are already treated with a gory and monumentally large massacre before suddenly halting and slowing down to add some plot and character depth; sadly, the efforts of the latter falters between sloppy lines and flat delivery, which doesn't help elevate the film's already unstable tone, pacing sluggish and barely likable characters, making it a tedious task to sit through despite its simple story.

Then comes the ending, which is the total downfall of the movie. After all those hard knock attempts to do some character or at least some sense of plotting, we get to a point that we just don't care what's gonna happen anymore. All the gore's gone and good, but the movie's ineptness and dodgy direction begins to show itself around these parts, ultimately leading to an end where everything seems to be randomly thrown in for the sake of shock. I guess what I'm trying to say is that we can see the ending from afar and true enough it ended that way. But with all honestly and a bit of consideration, that tiny shock ending in the last scene, otherwise still a mess, got me. 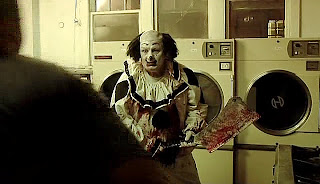 Though, I can't say that 100 Tears failed to be entertaining. For one, it was made for gore and gore alone. I can try forget all its flaws in favor of the red stuff, which frankly is impressive given it's only around a budget of estimated $75,000, thus making it the movie's only redeeming factor from being a trash heap of trampled mess. In fact, if one is shallow enough to love a movie of this kind for blood alone, then 100 Tears is a must see for your visceral delight. Otherwise, if true scares is what you want, then look elsewhere. Probably Clownhouse (1989)...