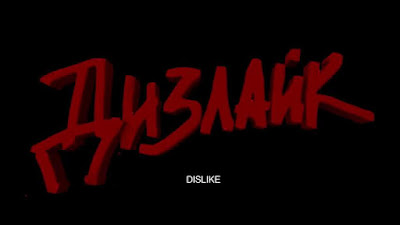 The filmmaker behind this movie probably thought they'd be making a hip and slick social satire horror masterpiece by centering it on bloggers and online celebrities facing the wrath of a psycho, but all I saw is a Saw (2003) clone with the traps replaced with a moron with a baby mask. Scary?

Eight young video bloggers are invited to a promotional stunt for a new (yet still a very generic looking) energy drink called Devil's Power where they have to stay inside a secluded backwoods house Big Brother-style with no wifi or any other means of outside communication, in exchange for some sweet cash reward for their participation. Thinking that the only trouble they have to handle is each other's bullshit, these assorted self-proclaimed internet personalities settle in, not knowing the whole shebang is a set-up and next thing they know, the drinks are spiked and in comes a baby-masked creeper.

Once our groups come through, they find themselves trapped inside the house with the masked loon and somebody else over the PA system who's willing to let them go if they figure out who is responsible for this plot. Of course, each wrong answer results to a murder and our hapless massacre victims-to-be have no choice but to think it through or die trying.

Not particularly unique nor is it all that exciting, Dislike (2016) tries to appeal to the modern teen demographic with its satirical talk and criticisms concerning online fame and internet celebrities, but its execution falls flat when it resorts to fleshing its characters out as one-note representations of obnoxious video blogger stereotypes (i.e. online comedians, pranksters, conspiracy theorists, etc) and cramping them up in a not so complex mystery where the surprises and twists are as silly, stale and brittle as your grandma trying to make you eat a ten year old jawbreaker she was saving just for you. Its heart in the right place, but the tool of its trade are so aged and overused that you can't help but feel rightfully unsatisfied when it could have been more if more thought was put into Dislike (2016)'s direction and ideas, particularly polishing up its messy multiple twist endings.

Granted that half of the killings are pretty cool and gory (among the more interesting ones include a strange combination of a fresh octopus and a live bomb strapped over a head and a credit card stabbing that's both impossible yet satisfyingly savage) and the film does boast a superb looking production quality, it did little to breathe any welcoming life to Dislike (2016)'s mostly predictable slasher set-up and the resulting film just felt like its existing for the sake of just existing. See it as a completists, but expect little to nothing new here.