Here it is boys and girls, the final ten of my Top 101 slasher movies of all time!...or at least as of 2014. As of the first 91 (and some honorable mentions) you can catch them from the beginning here:

Inspired and tempted by this delicious countdown, the previous titles were in no particular order but now, the ten slashers listed here are ordered depending on their influence, style, technical ingenuity and, of course, entertainment factor as A to B-grade horror films. So without further delay, here are my final ten!

Bloody Best Bits: The airplane disaster itself is the most terrifying scene I've seen in a horror movie in the sense that it is utterly realistic. 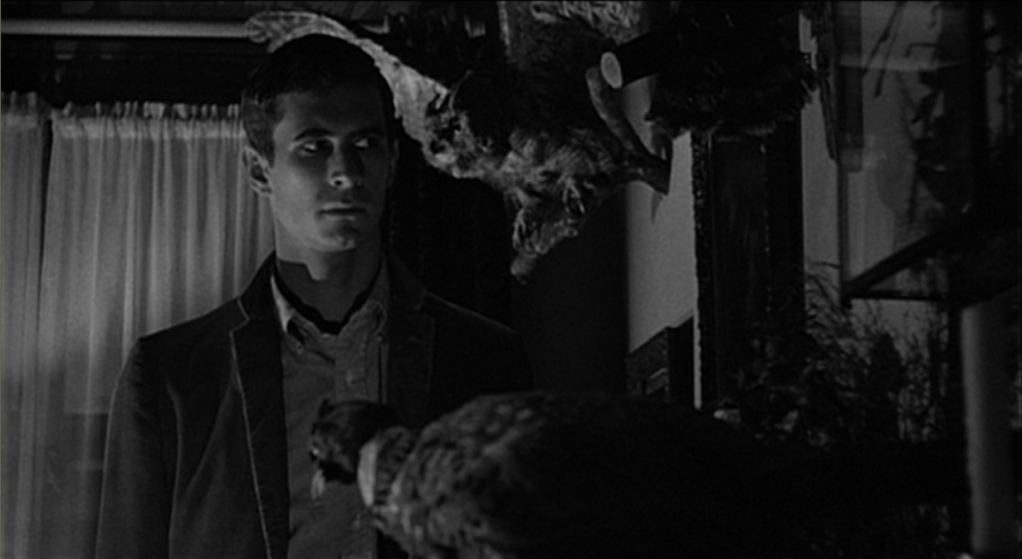 Alfred Hitchcock's genuine cinematic masterpiece and the often argued Grandfather of slasher movies, wherein a thief finds a terrifying twist in her ordeal when her one-night stay at Bates Motel takes a deadly turn at the hands of "Mother".

Bloody Best Bits: The Shower Kill. Nothing can top that! Also the basement scene is the best reveal I've seen in a proto-slasher! 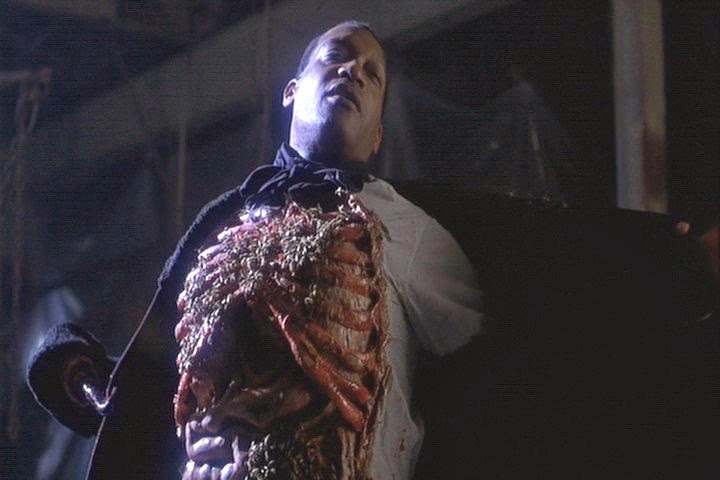 Dream-like and very well made, the Clive Barker short-based mainstream horror pits a disbelieving woman against a deadly Urban Legend Incarnate known as the Candyman in this semi-romantic yet very atmospheric supernatural slasher.

Bloody Best Bits: Visiting the monster's lair. The rundown building housing a slumbering specter is all kinds of spooky and creepy. 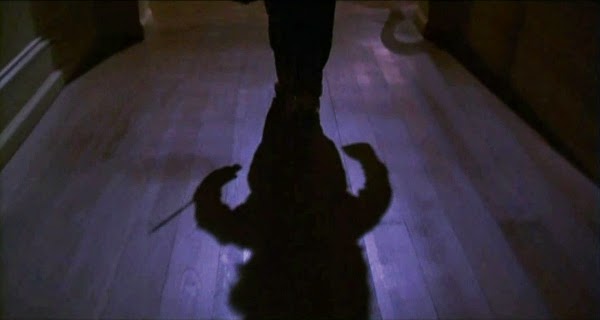 While the original draft was supposed to keep us guessing longer whether the kid or the doll was doing the murders, this supernatural thriller/slasher wins a gimmicky landslide by having a sentient killer doll as it's monster, with exceptional special effects.

Bloody Best Bits: Plenty: the first POV murder for one is pretty intense, the creatively painful death by voodoo is another, and then there's that one creepy scene where a charred up Chucky slowly makes his way to knife a young boy. 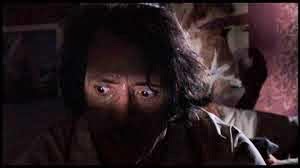 Depressing, very gory and infamous. Follow Frank Zito, an overweight maniac who prowls the night for women to murder and scalp. But when he meet a woman that shares some of his interest, will all hell still break loose?

Bloody Best Bits: Must we count? The first scalping scene, the shotgun decimation, the subway stalking, the graveyard scare. Take your pick. 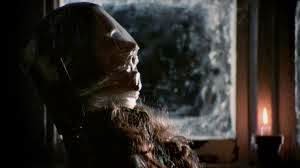 A chiller with a warm bodycount, this creepy proto-slasher features occupants of a sorority house getting harassed and soon murdered by a stalker that, unknown to them, already made it inside the house.

Bloody Best Bits: the Moaner experience (AKA the first creepy phone call). Not sure if everybody else will agree but I also found the rampage in the attic scene to be unnerving enough to be pointed out. 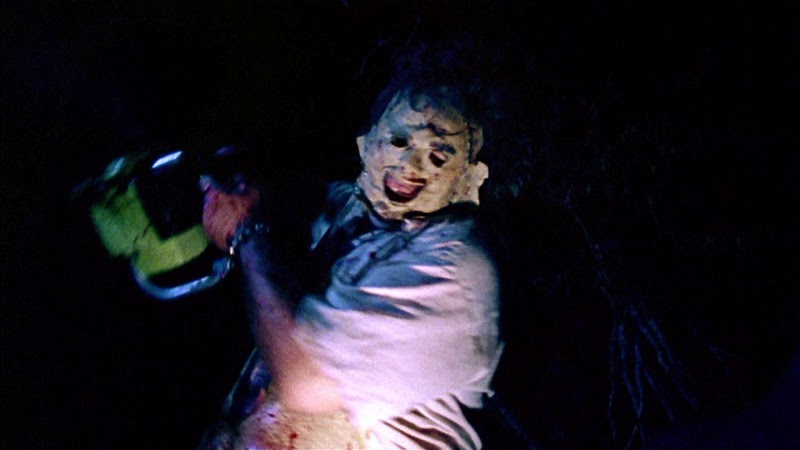 The first and original of the powertool-driven exploitation horror franchise, this proto-slasher staples many of the most well-known element in our fair sub-genre, as well as being effectively scary and unnerving itself.

Bloody Best Bits: The backwoods chase, starring one hysterically frightened final picking and one hulking slasher with a chainsaw. 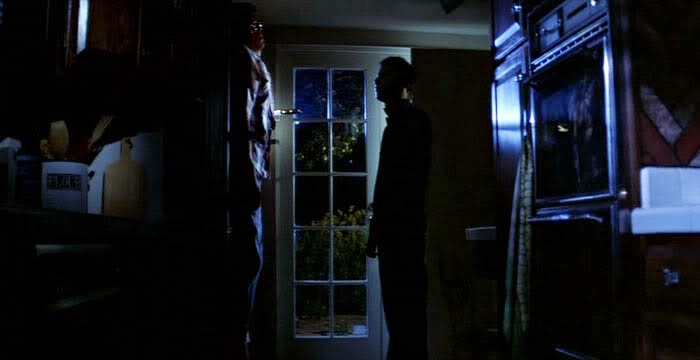 Slasher movies' personal "messiah", being the very title that started the 80s boom of teen-hunted-by-killer flicks, John Carpenter's independent creeper and soon to be franchise tells the classic tale of a madman's escape and return to his home town to terrorize random babysitters.

Bloody Best Bits: The opening kill is all well and intense. Plus Michael's daring escape gave a great mix of panic, action and jolts. 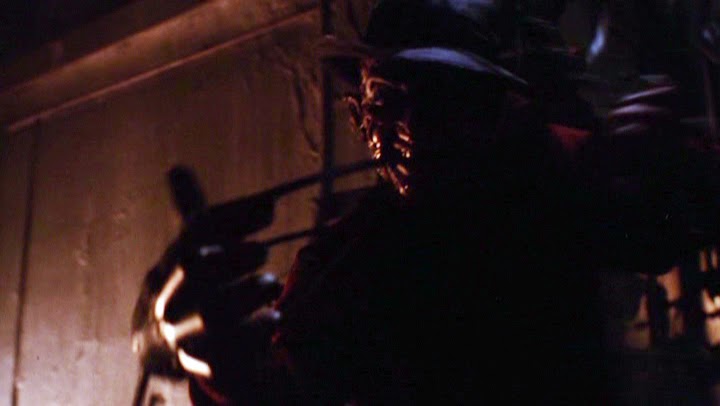 The first of the series and the most "slasher" of them all, Craven's immortal story of a supernatural boogeyman, armed with a knifed glove, taking his revenge against the parents of his home town by attacking and murdering their children in the place where they cannot protect them: their dreams.

And finally, my personal number one slasher of all time: Yes, I could go along with everybody and list down Friday the 13th (1980) or Friday the 13th Part 2 as my number one fave teen kill film, but something about Jason Lives clicks right for me. Could it be the fact that this is Jason's crowning moment as the indestructible revenant of pure hate? The double digit bodycount? The highly entertaining characters? A likable (if not silly) final "pair"? Or is it just because it's so cheesy that it's a perfect viewing for any fitting horror occasion?

For me, this is the ultimate slasher movie as it has everything you could ask for; a cool killer, a sizable kill count with imaginative killings to boot, some interesting characters, a few winks and nods to the sub-genre itself, a strange sex scene (interestingly the only one in the series where they're fully clothed on the top) and one of the most epic hero vs monster finale I've seen. This film is the very epitome of the dead teen film in its simplest and funnest so yeah, more love to Jason Lives! Admin's number one slasher of all TIME!!! (or at least as of 2014)

Bloody Best Bits: The Frankenstein-esque revival of our titular killer, Jason hunting down a paintball team, the eye candy "mirror face press", Jason roaming in a room full of sleeping children (INTENSE!) and, of course, Tommy Jarvis vs Jason in a flaming lake!


***
So there you have it, 101 titles plus 40 honorable mentions of the cheesiest, bloodiest, baddest and simply the best of all slasher titles I ever lay eyes on! What say you, dear reader? An comments? Suggestions? What title do you think should have gotten in the list? Or better yet, what's YOUR 100 Top slashers?!
Posted by Kaijinu at 3:59 PM