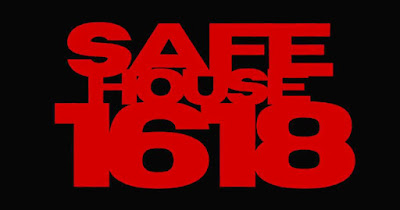 Safe House 1618 (2021)
Rating: *1/2
Starring: Matison Card, Jasmine Day and Maddie Steele
In this mish-mash of psychological thriller, crime drama and home invading slasher horror, three sisters kidnap and murder a senator's scumbag son in revenge for a past crime he committed. Tagging their getaway driver along, the trio lay low at the titular safehouse until the heat of their vigilante killing blows over, unbeknownst to them that the senator, well aware that they're the ones responsible for his boy's death, has sent a hitman against them, a supposed professional killer with a murder count high enough to be called a "grim reaper". (all the while wearing a suit made from tape and garbage bags, mind you) 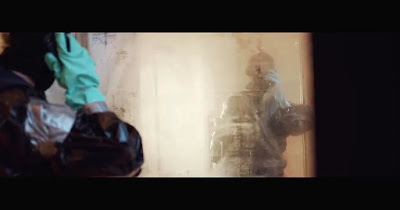 A commendable plot, one that has the full potential to be an interesting sub-genre hybrid if only the execution itself is anywhere as good; once the sisters and their accomplice settle in the safe house, the movie opted to drag this experience to a slow burn crawl as we get into the psychological troubles of living with the crime they committed, the trauma that started the vigilante killing and good old-fashioned cabin fever with a side of some guy tripping on drugs for padding's sake, I guess. In fact, the killer gets introduced twenty minutes into the nearly two-hour running time and the asshole mostly spent his screentime skulking around, murdering one guy who knew one of the girls and ordering an copious amount of take-out salads as he waits for more need-to-know information of the girls' whereabouts.
Add in the pain of sitting through the casts' underwhelming acting chops, obnoxiously artistic editing and a weak sound design, the film was nearly a lost cause for me if it wasn't for the alright last act where the hitman finally makes his to the girls and starts eliminating them one-by-one. I say "alright", not "great", as while I do find it nifty that the kills were a mix of standard slasher stabbings and action thriller gun shots via rifles with silencers, I still cannot get past the fact that this "professional" goes around doing jobs looking like a do-it-yourself slasher villain with his attire of ski masks, goggles, black garbage bags, duct tape and dishwashing gloves. You gotta be snorting a lot of cheese to think this would look badass onscreen. 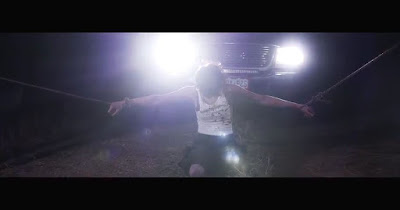 For a little film made with about eight grand, I again commend its high concept story but I'll be damn lying if I say the experience was painless and exciting. For fans of low budget filmmaking may find a cozy stay with Safe House 1618 (2021) but, personally, I think I'm gonna feel more at home with something exploitative, cheeky and not overly draggy.
Bodycount:
1 male had his arms slit open, bled to death
1 male shot on the head
1 male stabbed to death with a buck knife
1 female shot on the head (flashback)
1 male had his throat cut with a kitchen knife
1 female shot on the head
1 male attacked, presumably killed
1 female shot
1 male ran over with a car
Total: 9
Posted by Kaijinu at 6:55 PM