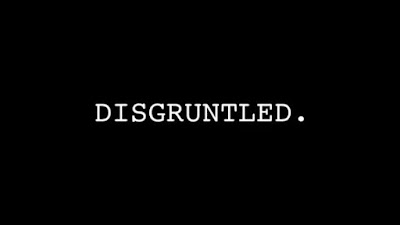 
I've seen a fair share of bodycount movies featuring office employees going postal, from angry fathers seeking vengeance against their own families to deranged bosses making a kill count out of the people they used to work with. It's a fad that's still going on to this day and while some of these newer titles are less than stellar in my opinion (I still loathe the fact that the potential Korean horror Office (2015) was such a drag and unnecessarily long), I love that we have little gory outings such as this movie to keep this little trope fun.

As the head of the IT department of an online publishing company, Matt McClaine can be too intimidating and viciously stern, so much so that he apparently starts to scare some of his co-workers and he constantly email his boss to do something about a certain laidback-type he is working with for the sake of the team's morale. Needless to say, Matt didn't get the response he is hoping for as, while typing another formal letter to the boss, he discovers in great anger that he is booted off the company.

Snapped out of the grid, Matt goes homicidal then and there, secretly sneaking back into the office through the maintenance room, locking in all those who are still working there. One by one, he starts to pick off anybody he can grab hold to, which includes the aforementioned laidback feller Matt hates so much Robert Blake, the son of the company head and a hopeless romantic.

Clocking for only an hour, Disgruntled may have the look of a quick-and-easy slasher and, to be truthful, it does delivery all the bloody and chunky needs a bodycounter can deliver to gore-hungry viewers, though it can get really tedious with half of its focus being on the Robert character's egging attempt to win back a failing relationship with a co-worker. Not to say that these scenes are done terribly, they're quite passable really given the film's considerable budget, but they have this generic sense to them and it barely breaks away from just these two main characters talking to one another that it hinders what could have been a fair pacing for me.

Gladly, Disgruntled knew to remedy the two-cast act with some decent looking slasher scenes and though some of these murders were cheaply implemented (as in we're shown blood splatter while the actual parts where the blade cuts through flesh are obscured offcamera), the rest were horrific enough to satisfy horrorhounds for the gruesome imagery and savage butchery. They even gave our killer a creepy face mask that is either flayed flesh or bloodied latex (I can't really tell even if my life depended on it), though I do find it strange that we have to give this guy a mask seeing everybody he is killing knew it is him, with or without it. Perhaps this is the reason why his co-workers are so afraid of him, coz he works with a lifeless mask on? I dunno, but it sure would have been a funnier slasher if that was the case!

Disgruntled is simply "okay" as a slasher, doing its job to the greatness of its own extent and nothing much else. What it lacks in extreme content and solid plotting due to either budget and/or writing, it makes up for it with a sincerely balanced seriousness and cheese tossed in with the bloody mayhem a disgruntled former office worker can lash out in a horror movie. A worthwhile viewing for open slasher fans, particularly if you have the time to stream online via Amazon Prime, or order it there as a DVD.