Random things I wanna share: Yesterday was the BEST day off I've ever got!

Alright, so yesterday was my day off from answering calls from customers complaining that their TVs don't work (which is really annoying. You have no idea how long I yearn for these day-offs every week), so I decided to go out an stroll by myself, all the while getting some few errands done. (I got some paper work I needed to submit to legitimate my residency for some taxes. Don't wanna dwell into that cuz I don't wanna bore you all...)

So after handling my tax issues first, I went to the furthest mall I know, which I rarely visit, to see if they got something new for me to look at and it turns out, going to that mall was the best sugestion I made for myself; 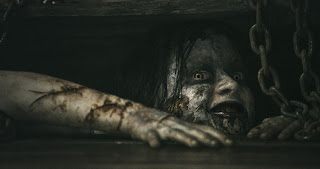 Simply explaining what happened, I saw it; Evil Dead (2013) was having a screening at that mall, uncut, for a good amount of fee. Given that a few days ago was my payday as well, Ihad enough cash to spare to see it and, let me tell ya, I was blown away with that re-imagining! My God, finally somebody did it right for a remake! Like how The Blob 88' had improvised the story to fit it's time while still showing some respect to the original. So I sat there for an hour and a half watching a tamed yet wonderfully executed tree rape, cool demon effects, tongues being split, needle through eye sockets (yeesh!) and an awesome blood work climax, before going out of the theatre with a big stupid grin on my face and went out for lunch. 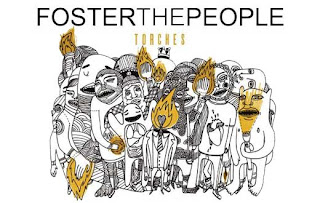 After a heavy chicken teriyaki lunch at a Japanese restaurant, I went on a minor shopping spree and got some cool goodies. I found a copy of Foster the People's Torches in one music store, which I've been looking for a while now. Not that it's hard to get by, actually, or nor I think so, just that most of the video stores I went to that caries both music and movie CDs don't have that album. Same time, I also found a copy of Coffin Baby, the sequel to Hooper's Tool Box Murders, which I watched last night. You'll be hearing about it from me very soon...

Also got a Twilight Sparkle figure. Not that many of you would care, but yeah...bronies~ 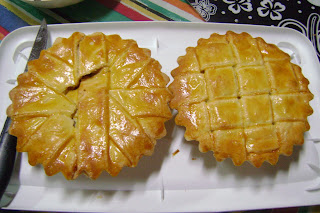 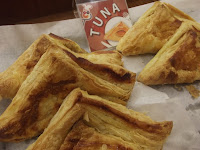 I ended my day buying some snacks for my folks at Go Nuts Donuts, which also sells pies. I bought four pies from them and they taste just as I expected them to be. (Though them pies are nothing compared at the ones from French Baker or Dough Joe! Now those are pies...) But I got halted in the way home when the passenger jeep I was riding in got interrupted by a junkie with a plastic full of rugby (in my country, a plastic full of rugby is cheap drugs), and the driver threw him out. The little fucker even went at him with his sack full of plastic bottles, but some other guys pulled the druggie off and beat the crap out of him.

Fun day all in all; I saw a good movie (and one weird one), got one of my fave band's CDs and a collectible, ate some pies and japanese fried chicken battered with teriyaki sauce and watch some people beat a drug-sniffing hobo off the streets. Most exciting day I have so far...