I Felt Like Screaming, Too. Out of Frustration: Sumigaw Ka Hanggang Gusto Mo 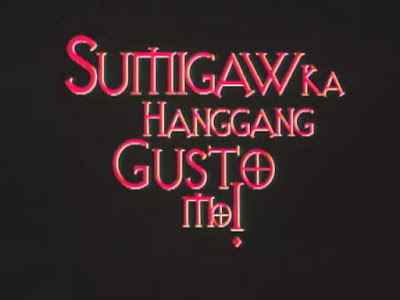 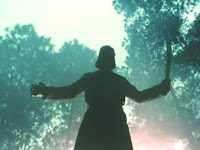 Honestly, I didn't know my home country tried to cash in with the success of Wes Craven's Scream (1996) back at the late 90s until I read about Sumigaw at a Filipino site somewhere and, after seeing said cash-in, I think it was for the best that I didn't knew then. 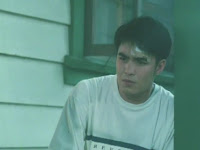 Sumigaw Ka Hanggang Gusto Mo! is sometimes described as Philippine's answer to Scream (probably because when translated, the title literally meant Scream All You Want. How original) but the only thing it shares with Scream is that it tries to be a whodunit. (Emphasis on the word "tries") It follows the survivor of an opening backwoods massacre as he gets questioned by cops for any information he could remember regarding the attacker. Unfortunately, the trauma blocked most of the kid's memories of the event, which meant our dutiful investigators have to find another way to get their answers, thus leaving our traumatized teen out to defend himself not only against accusing schoolmates but also a killer who's out to finish what they started. 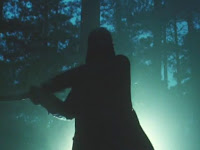 Looking into it, Scream works as a mystery as it not only builds itself around some very likable characters but it also paced itself to set everything in place, distracting us with red herrings and nasty murders whenever it is possible to keep the reveal and the finale as fresh and exciting as it can be. Sumigaw, however, felt and look more like a rushed mess wherein the mystery is there but standing on a very rickety structure that one wrong move can topple it down, breaking itself into obscurity. Sadly, this film made a lot of wrong moves. 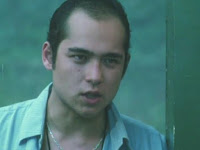 Since this film was released around the late 90s, youth-oriented TV shows were a rave at the Philippines then thus casting the entire cast of the then-hit series T.G.I.S., along with other artists from one of the country's leading television channel GMA probably sounded like a great idea and, to be frank, it might as well could have worked, but with a large amount of uneven cheese, too many focused characters roaming around (and little of them dying) and loads of offcamera killings, it's like the movie's afraid to get its hands dirty and tries to make up for it by showering us with a lot of star power doing random crap onscreen disguised as either an attempt to solve the whodunit or build the story to go, well, somewhere. Any drop of blood were done in the aftermath of an offcamera slaying (that is if we ever get to see the aftermath) and the mystery of who killed them dull kids in the beginning, after all the supposed workaround, simply just solved itself by throwing in the most random reveal with an overused motive to boot. (And add the fact that it also rushed in a second yet still unworkable twist simply shows how desperate the people behind this movie were) 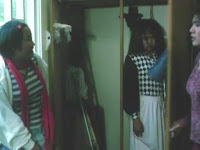 The resulting product is neither scary or thrilling, hardly passable as a slasher horror or thriller with barely any redeeming quality. The characters are a joke, the mystery is a joke, and the lackluster production from editing to direction simply felt forced to blindly throw itself to the then-hype of star-powered teen slashers. Sumigaw Ka Hanggang Gusto Mo! is a real low of a movie that only cater to the fans of its stars and nothing else, which kinda shows just how hardly innovative or exploitative Filipino horror can be at times but, suffice to say, at least I have the likes of 1984's Basag Ang Pula and 2012's The Healing to sate my hunger for good Filipino slasher flicks.

What else is there to say but skip this film and forget it ever existed. You have better things to do in life...