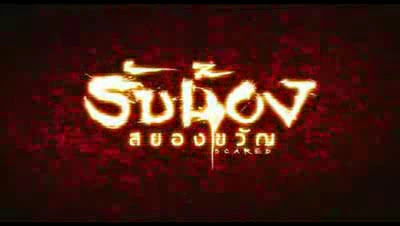 At times, I often complain on how bad a movie is if the story's dull and bland, but I'm quick to satisfy if everything else makes up for the loss, inclining a bit on gore effects and cheap thrills. I could say this to some rip-offs and adding to the fray is Thailand's take on the increasingly popular Final Destination series, Scared (2005).

A group of freshmen students are out on a excursion trip, only to have their journey cut short when their destination closes down due to a storm. Obviously pissed off, the class sought out the advice of a local who pointed out a detour through an old bridge. Reluctantly enough, they follow his trail but soon discovers that the bridge was more rickety than they imagined. Perhaps the most sensible thing to do by then is to just bail out but, seeing this is a slasher movie, they went ahead and drive their hundred ton bus through an ancient log bridge which, inevitably, gave out and killed most of the class through a series of impalements, drownings and a whole lot of mutilation by splinters.

Those who survive got out safely and went on foot to either search for a place to stay or find a way back to the road. That is if they could survive whatever is going after them soon.

I always love it when Asian countries attempt to do a slasher film since it tests their limitations and I'm quite intrigued on how far could they go to top a westernized sub-genre. While Korea proves itself to be a worthy title holder for producing some of the best Asian slashers I've seen (To Sir, With Love (2006), Death Bell (2009) and Gawi (2000) just to set a few examples), Thailand does quite well at times with 999-99-99 (2002) or Meat Grinder (2009). On this particular film, I can tell they got their hands on something a little hard.
Scared starts out as a Final Destination clone, with survivors from a colossal disaster getting picked off by something quite supernatural (the first two to three kills would make you believe it is so) but by the time we suddenly see human hands pushing a thorny branch to a kid's face and impaling him on the eyes, the film suddenly shifts to an entirely different direction that's so questionable in logic, that I just simply gave up trying to take this seriously. 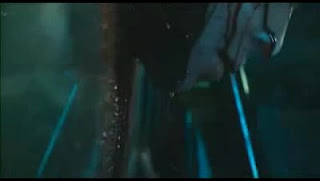 The murders are this film's strong point: it's inventive, crazy and a little extreme at times as death by fumes, scythe decapitation, flying bamboo poles and even a head crushing by gates locks are used to horribly kill these hapless teens. But is the massacre enough to make this a passable movie? Sadly, no.
Like most bad teen-kill flicks, Scared's casts of teenage targets are your typical annoying and brash little snobs with zero survival skills by the time the chaos starts, overreacting to a lot of things and always ending up in situations they could have avoided in the first place. (Like, I dunno, trusting a man who came out of nowhere, pointing out directions for you THROUGH A 200-YEAR OLD BRIDGE?!) The biggest flaw, however, would be the ending; without spoiling much, somebody planned every murder, from first to last, in a systematized order. Problem here is that with the way some of these kids are killed, it's almost impossible to pit-point their chances of dying with much accuracy. For all we know, it could have been somebody else hurling out of a car or standing in front of an incoming bamboo pole rather than the ones they planned. 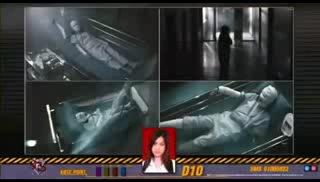 I can't say whether this would ruin the film for most people; I'm okay with that, its just that the idea's a little rushed, as if none of these guys knew how to end the film or explain the killer's motive.

Bodycount:
1 male gets a log through his face
A number of students either drowned in the river or got impaled by logs during bridge collapse
1 female fell through windshield, drowns in river
1 male gets a splinter impale his side, bled to death
1 male impaled by wooden stakes
1 male gets flying bamboo pole through the head
1 female missing, presumably killed
1 male stabbed on the eyes with a thorny branch
1 female found with her jaw being cut apart
1 female pushed into a broken car window, nearly beheaded
1 female decapitated with scythe
1 male hit by a van, head smashes to counter
1 female trapped in a phonebooth and choked to death on car fumes
1 female had her head crushed with a gate
1 male gets a crane blade to his back
1 female eviscerated by tree-trimming saw
1 male eviscerated by tree-trimming saw
1 male ran over by car
1 female presumably killed with an axe
Total: 18+
Posted by Kaijinu at 11:07 AM