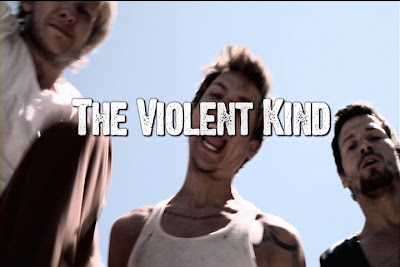 When I first saw the words "From the Producers of Halloween and Texas Chainsaw Massacre" from this film's video cover, I thought I was gonna experience another slasher film until I further read the synopsis and began to think this is going to be more than just your average bodycounter. What I saw next got me working up to wonder if I made a mistake buying it or keep it as a unique entry to the backwoods horror thriller genre. 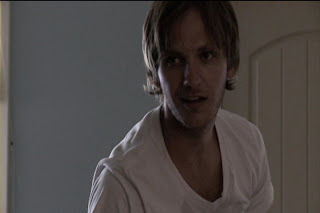 In The Violent Kind, hardened biker Cody and his buds join the rest of their gang (cleverly named "The Crew"...so uninspired...) to an isolated cabin in the woods to celebrate his mum's 50th birthday. There he runs to his ex, Michelle, who now has a new man and as awkward as this is, it's nothing short of being the calm before the bloody storm.

Once the party ends, Michelle suddenly reappears wounded and limping, but it turns for the worse when she starts acting savagely and mauls anyone who gets near enough. Worsening this turn is the sudden arrival of a gang of 1950s "rockabillies" who apparently came for what's inside Michelle and they're gonna do it with style. The Violent Kind. 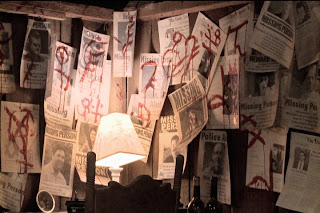 For honesty's sake, The Violent Kind is more of a four-way hybrid than a pure breed slasher movie as the box cover seems to be suggesting; the first 30 minutes or so was more like your biker-drama in the roots on The Wild Bunch, before it sets into a supernatural premise, evidently a violent version of The Exorcist. We tap around that for thirty minutes or so before jumping genres yet again and introduces a home invasion type with a group of evil 50s punks bounding girls up and torturing them in a series of knife fights and all other sorts of physical abuse. But just when you thought this is the end of it, the film throws in one more head-scratching twist which I'm not gonna spoil, but all I could say it was "cosmic" and rather hopeless. 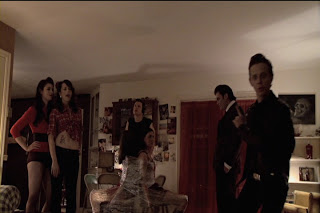 It's a little over ambiguous, like as if the filmmakers couldn't decide what kind of film The Violent Kind is this going to be, but somehow the genre-hopping ties-up in the end pretty fairly even if there was a plot hole or two left unanswered. For instance, we never actually get see how the "possession" happened and what the punks really are. All that was hinted is that the punks are not human and the possession was some sort of impregnation ritual that turns our "Linda Blair-esque" demon into a host for their "queen". Other than that, we never got a good glimpse of what's "going down" that's far more terrible than what they're experiencing right now, but if that's how the cookie crumble and the final product was at least a entertainingly crazy, I'm fine with it. 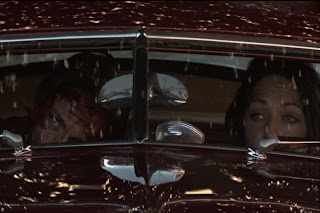 Of course, while I find the erratic plotting and direction fun, I can tell this film is not for everyone. Some might find the use of violence here to be a little "empty" and in a rather unhealthy dose, or the unfocused genre shifting to be distracting at most part, but there will always be an audience for these kind of movies however and The Violent Kind delivered enough bloody goods and unique horror trappings that some would find inventive enough for their taste. Its well-paced, well-acted and barely boring wide take on an arc of horror sub-genres with clever turns from your usual expectations, something that acts both as the film's strength and weakness. ﻿﻿


The Violent Kind has certain rooms for improvement, but for what it have so far, we might as well eat it as it is.