Death Celebrates in the: Swimming Pool (2001) 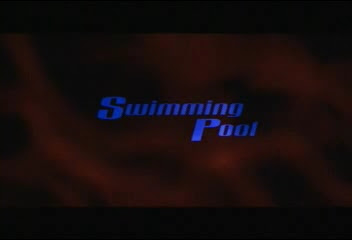 Twelve friends from an international high school in Prague decided to break into the country's largest swimming pool to hold one last party before they graduate, not knowing that a masked assailant has been running amok stabbing people to death lately and he has now sets his eyes on our bikini-bottomed teens as his new preys. 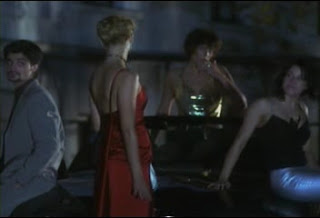 As a simplistic slasher, Swimming Pool is as good as its gonna be, no less nor more than a very basic bodycounter that holds no real surprises and instead plays it safe by following every slasher elements and cliches made. A typical teen-kill, expect a lot of your usual teen-problems, teen talks and teen angst before the real carnage starts, and when it does, it least doesn't hold back on the murders, which in turn could be the film's strongest point apart from its premise. (It's not everyday we get a slasher taking place in a public pool now, is it?)

What Swimming Pool lacks in originality makes up for some fairer execution of it's stalk-and-murder set pieces as our killer often finds one or two ways to make a murder (may it be in a hallway, the bathrooms or even an air vent) succeed in being thrilling and even a little squeamish. (One fine example had us watching a poor gal not only find her lover brutally hacked apart by the killer, but chased to a water slide and got her groin split open after sliding through a machete, leg spread. Ouchies) The only drawback regarding this is that he killer kinda limits himself with a machete and I guess I was hoping for some variety, but we can't always have everything our way. 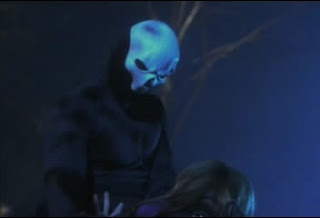 Another issue I have with the movie is that the killer is far from threatening. Yes, he wore a skull mask and a wet suit and, yes, it does make him look cool, but scary? Not really. Not after he gets unmasked and starts his whiny monologue. It kinda kills what could have been an opportunity to make this film slightly more memorable, which the film really needs to do in response to its forgettable plot and thespians.

All in all, Swimming Pool does not offend. For a foreign hack'n slash, it is decent, but it has a long way to go to make a far better impression for itself and you could give it some credit for at least trying. Keep it simple and don't expect too much, and you'll probably find yourself a decent timewaster.