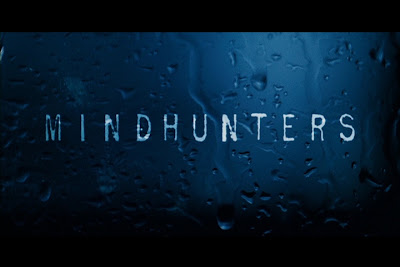 I've first heard about this film from another slasher website claiming it as a great slasher-cum-thriller of sorts. Normally, I don't follow such comments as the last time I followed somebody else's opinion abou a movie, I ended up buying a DVD copy of "Honeymoon Horror (1982)". God knows I wanted to tear my eyes out.

But after a while, I read more and more positive remarks regarding the Mindhunters so I finally gave in and bought myself a copy, praying to God and all other religious fellers out there that may or may not exist that I don't have to hold a knife to my neck for doing the same mistake as Honeymoon Horror all over again.

Though acting more like a cross between CSI and SAW, Mindhunters follows seven profilers-in-training placed in an isolated training facility for FBI agents and military trainees. The island has a base with working computers, food and shelter, as well as a whole armory full of weapons.

Their "assignment" for their stay is to follow the tracks of a serial killer monikered "The Puppetmaster" and stop him before another victim pops up. At first they all got settled in, having a few good time drinking, joking and making love in showers, but in the following morning, one of them got killed for real through an elaborate trap  and they soon find out that someone insane is in the island with them, cutting all connections from the rest of the world with the intention of killing them all off.
At times, Mindhunters works well as a thriller. It does what it supposed to do, as the whodunit aspect has enough red herrings and suspects to go around and figure who the killer might be. It's a clear nod to the popular Agatha Christie novel "And Then There Were None" as the cast thins down in variously creative ways when paranoia and confusion begin to settle in.

To be frank, I think the kills are a little too good for a thriller; we get a victim frozen to death, some flying harpoons, cigarettes that literally kills you, Goldberg-esque traps (ala Final Destination), and the occasional knife stabbings, a fact that at times this film even made it for being creepy. The "Puppetmaster" even had his own theme song that our  killer put to good use in a fairly disturbing scene.
Of course, it also suffers the same drawbacks that many slasher film had. Like many among its kin, Mindhunter's idea is a little unoriginal; we already had movies like this where folks are getting picked off one by one by an unknown killer, only this title managed to be a slightly inventive by letting the killer's traps do all the dirty work (without being Torture Pr0n ala SAW sequels), keeping his identity as mysterious and unknown as possible. Acting and casting is fair, a little cheese at times but not too frequent, I've say it was more or less just for the sake of comic relief. It's just fine considering the film's reputation as a popcorn friendly, bodycount action-horror
Among many action-slasher hybrids out there, at least this made an effort. Nowhere as good as, let's say, Maniac Cop (1988) or as clever as the original SAW (2004), Mindhunters makes it up with a clever direction, fast pace, and bloody good times.


bodycount:
1 female glimpsed drowning
1 cat found hanged and disemboweled
1 male had his lower body doused with liquid nitrogen, broke in half
1 male found beheaded
1 male got projected harpoons impaled his chest and neck
1 female accidentally ingests acid disguised as cigarettes
1 male knifed offscreen, later found hanging on a hook to his back
1 male found with throat slit
1 female found stabbed to death
1 male had a rigged gun malfunction and shot him in the face
1 male shot to the head
total: 11
Posted by Kaijinu at 8:57 PM