You know these movies. People love them. You might too! But sometimes I wonder what will happen if some nut decides to turn the franchise into something...bloody? Gory? Soak with something red and sticky? When a masked psycho stalks a singing couple, or when an escaped loon takes refuge in a house belonging to a stereotypical family? When normal movies suddenly get "Slasher sequels!"

Here are some of the "slasher sequels" I made up for your or your family's favorite films. Now don't kill me for this, I just wanna have fun...

Cheaper By The Dozen

Suggested Title: Cheaper By The Dozen: Twelve Down Dead
Tagline: A family of sixteen. Five Psychos. What will be left? 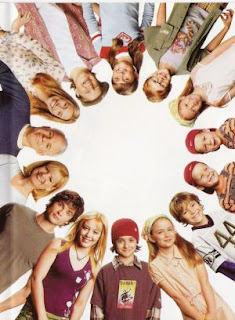 What would happen: It's another summer together and the Bakers are gonna spend it at a beach house Tom is renting. While the Baker kids go through their lives of mischief, Nora and Bud McNulty adjust as young parents, and Tom and Kate reminisce of the good old days when they were young and carefree, a band of criminals is looking for a hideout and crosses with the Bakers. Now holding the family hostage, the thugs plan out their escape and it's only a matter of who will be left alive and how far can the Bakers go to defend each other?

Possible murders: Lots of gun shot kills, the goriest murders had to be on the criminals, which might include a head being beaten open with a hammer claw. 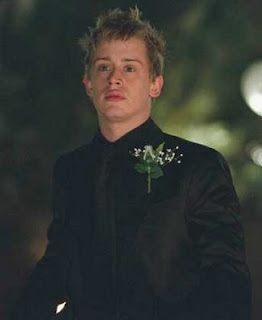 What would happen: Revolves around the "real world", wherein a remake of the original Home Alone is being filmed and an adult Macaulay Carson Culkin is starring in it for a small role. But Macaulay soon finds himself framed for a double murder he did not commit, with the murder weapons being found in his house. Macaulay soon starts to find it harder and harder to claim his innocence when he begins to black out every now and then, and people involved in the movie starts ending up dead from traps set in their own homes, each based on the new movie's traps. Is Macualay the real killer? Or someone else who bears a grudge on him...

Possible murders: lots of Goldbergesque traps including a choreographed trap made up of pulleys, some piano wires, a projected harpoon and a high-pressure home-made nail gun. 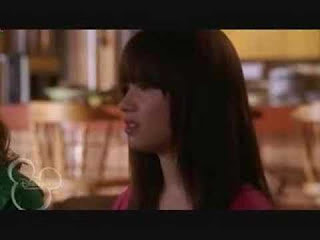 What would happen: Camp Star and Camp Rock join forces and opens a new school: "Camp Jam". Unknown to them, the ground they built the new camp on is an old Native American burial ground and the spirit of "Blood Ox", a native American warrior whose bloodlust matches his immense strength, awakens. With campers piling up in pieces and old rivalries starting to come back from the panicking campers, its up to Mitchie and the rest of the original "Camp Rockers" to find out the secret behind Blood Ox and how to stop him.

What would happen: Mystery Inc. gets a letter from a village in distress, claiming some ghost (or something) is terrorizing their town. Seeing it as a mystery for them to solve, the gang later finds out that the town is actually an isolated island and hunting reserve. With their guide suddenly murdered, the gang will learn there is no mystery and that there's not one single menace, but SIX of them! All camouflaged to match their surrounding and armed with deadly weapons. It's no longer a test of deduction and wit, but of survival...

Possible murders: some nasty shotgun kills, A pit fall with an automated machine gun firing above at the bottom and a spring trap made up of sharpened human bones. 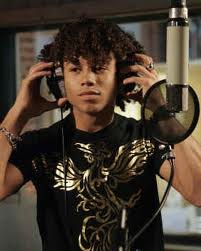 What would happen: A year since the original cast graduated, a new set of wannabe normies sing and dance around about how hard it is to fit in to a new school, but soon finds comfort from themselves as well as from others.

Apart from this shtick, however, there's also a she-psycho wearing a giant tennis ball mask deading people with musical instruments. When a new girl cross paths unexpectedly with the killer while she was unmasked, she becomes the killer's new target and obsession...

Possible murders: an English horn jabbed to a throat (sounds coming from it of course), a harmonica kicked into some guy's arse before knifing him, and a tennis racket lines with piano wires slicing someone's face repeatedly.
Posted by Kaijinu at 2:53 PM