We all have our favorite slasher victims. Those among the doomed lambs who we sometimes look up to or like for a distinctive trait, who hangs around with our heroes or heroines and get cut down in the midst of it all. Sometimes it's a little unfair and all around upsetting these lovable bunch go but what they do prior to their deaths is what makes these characters so memorable and to remember them by, here are my fave dead buddies who never got close to making out alive for the night:

Hollis (Keith Knight) of My Bloody Valentine- This chubbo is plainly lovable as hell! Even if he's huge, he's actually a pretty nice guy who looks after his friends and his cute girlfriend but, sadly, Ole Harry Warden have plans for the poor fella; after breaking up a fight, treating his friends to a trip to the mines and even going back to fetch them before escaping, all he got for his efforts is a nail gun shot to his head. Ouch Warden. Really. 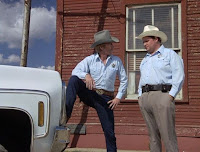 Charlie (Stephen Furst) of Silent Rage- Another lovable butterball, this one's a little younger and more naive but that doesn't stop him from being puppy-dog cute, helping out his sheriff friend who acts as his father figure. (Go Chuck!) His loyalty to his beloved sheriff proves to be his undoing, though, as to buy time for Chuck Norris' character's love interest to get away, he confronted the movie's scientifically enhanced killer and had his life crushed out of him. Noble boys do die young... 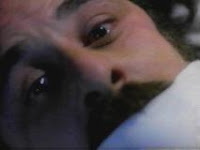 Vinnie Bradshaw (Harvey Atkins) of Visiting Hours- Paraplegics sometimes get the big one in horror films like the wheelchair girl from President's Day and Mark from Friday the 13th Part 2, so Harvey Atkin's character is no exception here. Vinnie Bradshaw is a friendly wheelchair bound man who befreinds Lee Grant's character, Deborah Balin, after she got attacked by the movie's loon. What he didn't know is that he'll be included in death's list when Micheal ironside's murderous character sticks his switchblade into his gut while choking Vinnie with a stress ball!

Tim Messenger (Adam Buxtom) of Hot Fuzz- It's funny to see someone from my future field of work gets a horrible case of "Occupational Hazard" and Tim is no stranger. Killed off just because he couldn't spell wright, the band-o-killers gave him a head start to the afterlife by breaking off a dislodge church piece and DESTROYING his head with it. Fairly enough, he has the best death in this action-slasher hybrid.

Mrs. Crenshaw (Carrie Fisher) of Sorority Row- While in the original House of Sorority Row, the landlady's a big bitch who may or may not deserve the death that befall on her. In this sorta remake, we got some serious role change as, while she didn't actually do much, Mrs. Crenshaw did later turn out to be a badass shotgun totting biddy, momentarily protecting the girls from our hoodie-cloak killer and continues to do so after she got impaled to the wall. Leah Pipe's character justifies my point: "Well, who knew Mrs. Crenshaw was such a bad-ass? " 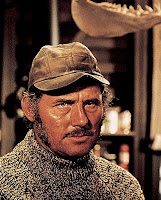 Sam Quint (Robert Shaw) of Jaws- Our Ahab of the seven seas, Sam is hardened tough by his fishing experiences and knows how to tag along with his two accomplices, bearing all the patience to teach them a thing or two about what they're dealing with. Destined to be shark food, at least he tried to fight back when ole Big Bruce chomped down on him, sticking a machete to the animal's jaws. Didn't work though.

And there you have it! Some of my fave slasher victims in their whole glory! So who are your favorite unfortunates?