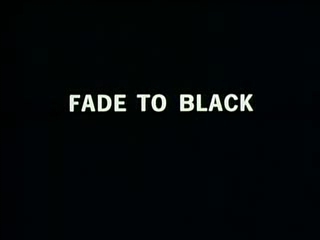 Eric is an obsessed movie buff with a penchant for old black and white titles and it is this single obsession that often gets on the nerve of his remaining family, friends and co-workers. To their eyes, he is a freak, but for Eric alone, he calls the shots in his own little world, questioning authority through a series of trivia questions and running late night marathons as he lock up in his room all day whenever Eric's not working or out at public screenings.

Things went differently for Eric one day when he met the "love of his life", Australian model Marilyn O' Connor who's a Marilyn Monroe look-alike. Though friendly towards him, Marilyn accidentally forgot a date she and Eric's supposed to have, which triggers him homicidal and killing off those who he deemed oppressing him, starting with his aunt and eventually working his way through the rest.

All the while, Dr. Jerry Moriarty, a criminal psychologists, tries to figure out who's committing these murders and to why they're each executed so differently. Will it be long before he gets his culprit, or will Eric successfully get away with his killing spree?

Fade To Black (1980) tries its best to have its audience relate to to its main character; Eric's a loner and a misfit, with no true distinctive likable trait upon the norms of society, but he does attempt his best to fit in. The movie ventures into these depths and forms a creative look into the mind of an immature and deranged character, although problem comes when we begin to see that Eric is not all that sympathetic or comfortable enough to root for since his personality is pretty selfish, hollow and rude, coming to a mean-spirited turn by the time he starts his murders. The only time the movie may have garnered our attention for his plight was during the finale atop Grauman's Chinese Theater in Hollywood, wherein Eric was at the lowest of his psyche and more or less a wreck. Sadly, this comes in too late and it's kinda difficult for us to care for him at that point, and we're likely just watching out of interest to see how will it end for him by then.

On the film's behalf, the idea is indeed original and interesting, if not a bit satirical; the catch from this slasher is that its killer murders his victims by reenacting classic scenes from other movies, not limited around the horror genre. The idea's great, but it lacks some impact to make it as shocking, scary or even memorable as possible due to its questionable quality and/or direction; the murders are tame and uncreative, sometimes coming out as cheesily funny. However, what they lacked in shock-value, they do make up for it with trivial pursuit: staying true to the movie's theme of classic movies, Eric dons various characters to disguise himself or as an inspiration including Bela Lugosi's Dracula, William Boyd's Hopalong Cassidy, Boris Karloff's The Mummy, Richard Widmark's Tommy Udo from Kiss of Death and, perhaps memorable for me, Arthur 'Cody' Jarrett from White Heat.

Apart from that, the movie's just watchable in the sense that it perfectly juggles its drama-thriller and horror tones with a well-paced story that looks professionally done without exploiting its subject. With little gore and T&A, Fade To Black may not appeal much for those who are looking for splatter and hot bods rubbing against each other, but rather it targets those who want their horror films with some bit of thought, so long as they can look pass its cheesiness.

It's a miniature cult classic and I can understand why; if only it has more impact in its direction, I could have given Fade To Black a higher rating.

Bodycount:
1 paraplegic female pushed down the stairs
1 female trips and impaled neck first to a wooden fence
1 male shot to death
1 male suffers a heart attack
1 male shot to death with tommy gun
1 male repeatedly shot, falls to his death
Total: 6
Posted by Kaijinu at 10:40 AM