Slasher masks of the week vol3 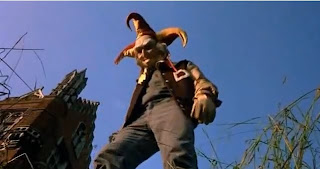 a. Slaughter High (1986)- Our little nerd went ironic on his victims when Marty dons the same jester mask one of those mean pranksters wore when they played "THE ULTIMATE PRANK" on him, which involves an exploding cigar and some acid over his face.
I like it, I got a thing for clowns, and an old man jester is just as good. 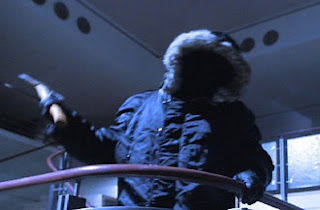 b. Urban Legend (1998)- A little less creative, but it does look menacing (in the dark), other than that, they should had really tried harder. 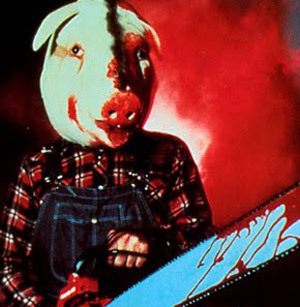 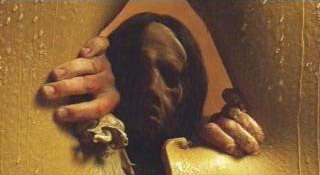 d. House of Wax (2005)- well, it's a wax face placed over a deformed real one, so it serves it purpose. But come to think of it, how long will it last? and doesn't the smell bother him? Who knows... 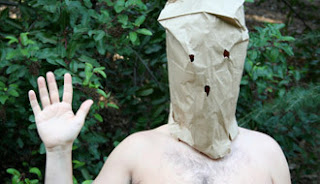