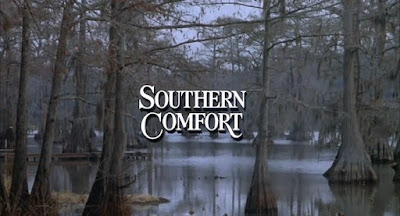 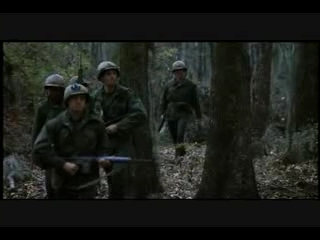 A squad of nine National Guards in 1973 goes down the muddy bayous of Lousiana for a weekend training exercise. What was supposed to train these guards into tough soldiers all comes down to a battle of survival when they unknowingly provoke a family of Cajun hunters, inevitably leading to the clan to hit back and shoot the squad's Staff Sergeant on the head. 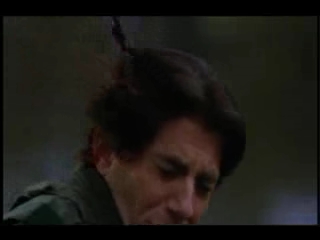 Through the course of the scuffle, the squad lost their map, stranding them in enemy territory with nothing more than the clothes on their backs and ammo-less weapons. One by one, they either suffer a grisly fate under the hands of the Cajuns or each other, as they continue to venture further in hopes of getting rescued before demoralization and fear get hold of them first.

Part war film, part backwoods survival film, Southern Comfort is an overlooked addition to either sub-genre, tinted with a slight aftertaste of backwoods slasher horror. A group of men getting into an unfamiliar place is a common trope for some slasher films, including backwoods survival types in the likes of The Zero Boys (1986) or Paintball (2009) but, unlike these titles, Southern Comfort is a more serious approach to the genre sub-type. 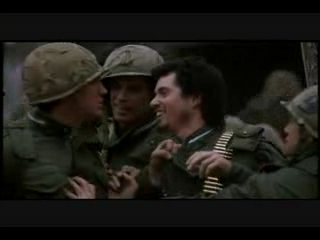 Much like the city folks from the movie Deliverance (1972), the all-male casts in Southern Comfort are subjected to a situation they're not fully prepared for despite their training, with the film capturing these tribulations of war very well, almost allegorical (if not intentional) as it shows men of the camouflage psychologically frightened and eager to get out alive no matter what the risk. It shows how deep inside, no matter how toughened some people are, we are still human and prone to breaking once the situation becomes too much to handle. At some point, only two remains and even then they are forced to see the horror of their friends’ fates and limp away from their captors like frightened animals. It was as if these series of discourse took over these men, thus they start making decisions on their own to whether kill or be killed, to stray away from what they were taught or be finished off by the hunters. 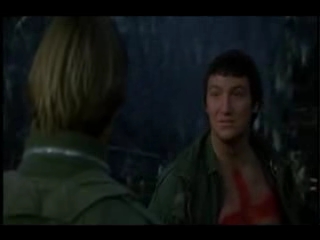 The film flourishes though this psychology in terms of atmosphere and suspense. The swampy premise makes a nice set piece for the movie with enough trees to hide the hunters and their traps, making it so dark, sullen and even a bit hopeless when you come in terms with the fact that the hunters has a home field advantage over our leads.

The Cajuns themselves though are not all menacing; they're simply protecting their home from the likes of these men, trespassers from the outside world that had the audacity to take advantage of their land. Everything these Cajuns had done that appears to be evil for our protagonists may as well be an act of defense, even if it's excessive. 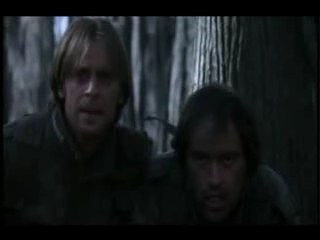 If there are any flaws, its more about taste; even with its decent bodycount and horror film-inspired deaths, its still a war film and horror junkies who're not into those might be disappointed if one would be expecting a whole-grown slasher flick. There are no masked killers here, or any over-the-top deaths (save one), just pure war time drama-cum-survivalist flick, that I'm pretty sure those with an open mind can learn to at least appreciate.

In the end, the film is a demoralizing survival flick that takes us once again to the dark side of the South in a whole new level. With a prodigious script that flows with dialogue and development, it gives a fresh new take on survival thrillers everywhere. It’s realistic in terms of experience, and direction-wise, it was an astounding movie and a must-see for all.