Here comes another round of slasher-fied sequels for movies you'll never expect!

You know these movies. People loved them. You might too, but sometimes I wonder what will happen if some nut decide to turn the franchise into something...bloody? Gored up? blood soak with something red and sticky? When a masked psycho stalks a singing couple, or when an escaped loon take refuge in a house belonging to a stereotypical family? When normal movies suddenly gain "Slasher sequels!"

Here are some of the "slasher sequels" I made up for your or your family's or your parents' favorite films. Now don't kill me for this, I just wanna have fun... 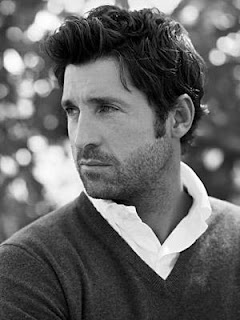 what would happen: It's been years since Giselle lived in our world, she nearly lost all touch of her magical origins and is now a hardworking mother. But after a car crash took the life of her husband, Robert Phillip, a red, demonic looking court jester offers her to revive her fallen husband and she quickly agrees without knowing of the price.

Now, Robert is back from the dead, and everything seems to be fine, but when Robert starts seeing visions of murders at the hand of the Court Jester. Day by day, Robert changes violently, the murders began to get closer and closer, Giselle began to see what might have been the price: Her life.

possible murders: Your usual standard slasher murders. Since this is being more of a psychological horror, I guess the most gruesome would be an offscreen child murder 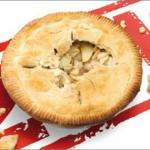 what would happen: A new set of hapless teen virgins out for a conquest to lose their virginity, one way or another. That is, if they survive the night. After being admitted to BETA house by Dwight Stifler, a series of murders began occurring around those who're having sex, all of them murdered with sex toys-turned-weapons of mass murders. When some of the weapons were found in our hero's room, all the blame points to him. It's a race against time to prove himself innocent, find the killer before he kills again and finally de-virginize himself. 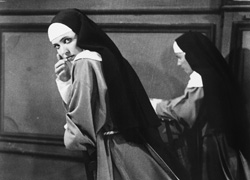 what would happen: A pick pocketing African American girl finds herself hiding in a Roman Catholic church in a seedy neighborhood, in the run from the law, only to find herself accepted by the Reverend Mother, giving her a new home and a new hope as 'Sister Mary Clarence II".

As a newly appointed nun, Mary starts to find the ways of nunhood harder than what she pictured. But soon, she warms up to her new friends, until a string of unexplained accidents starts popping here and out and a figure in a nun's habit is seen skulking around. Is Sister Mary Clarence the killer? or is someone trying to frame her?

possible murders: A Rosary Strangling,  incense ball flailing, people setting ablaze by candles and, my personal favorite, a Crucifix bashing to the head.


Suggested Titles: Tropic Thunder: Rain of madness
Tagline: GET SOME...AND THEN DIE...OVER AND OVER AGAIN! 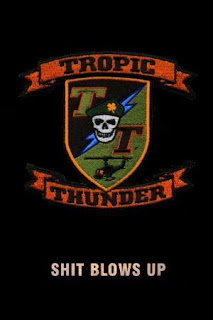 what would happen: Seeing the success of making a movie out of "a real life attempt of making a movie based on supposed true to life book", a young indie director worming his way in Hollywood tries to do the same thing with his friends of D-List actors, by making a movie about a real life story of a film crew filming a movie about a group of soldiers getting lost in a forest, only to find themselves under the mercy of a group of hardened mercenaries. Everything was going according to plan, until the part when they were supposed to fight mercenaries. The group playing the movie's villains accidentally stumbled upon a hidden WWII military bunk, experimenting with super-soldiers. what they find there, and unleashed, is one of the test subjects, and he's very, very angry.

With a juiced-up, regenerating villain on the loose, is it too late for the film crew? Or are they just too dumb to figure out this is all for real?...Again?

possible murders: An impaling with bayonet, a guy gets his head smashed flat with a tree log, a victims gets his spine pulled off from his arse, a guy gets a machine gunned forced down his throat...and fired. Lots of cartoonish mayhem here.

what would happen: A dysfunctional mother and daughter pair gets a bigger problem when they went to a Chinese restaurant and a fight between them starts to brew. An elderly chinese woman gave them both a fortune cookie that would switch their personalities, but the two didn't open it. At their way home, a woman tries to steal their car, at gunpoint, but ended up having the purse instead, containing the cookie. Shortly after the woman was caught and found out she's actually a serial killer, wanted for the murder of 99 teenage boys, each after or before having sex with them.

On the woman's day of execution, both she and the girl opens their cookie and read their fortune, only to switch bodies with one another. With the girl now in the woman's body, she dies in the electric chair for a crime she didn't commit, and the killer is now free to walk again. But not if the suspecting mom has something to do with it.

possible murders: Lots of knife stabbings, a guy gets electrocuted in the bath tub, a dude gets his face doused with acid, a guy drinks a beer liced with lye and gets his insides melted, and throw little gun kills, and you got one freaky horror-comedy!
Posted by Kaijinu at 6:29 PM