Oh My God, It's Like Watching That Tape From "The Ring": Deadly Little Christmas (2009) 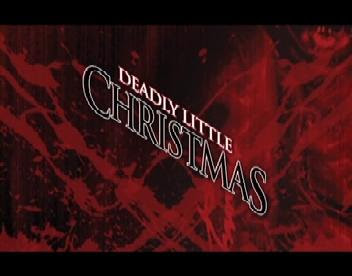 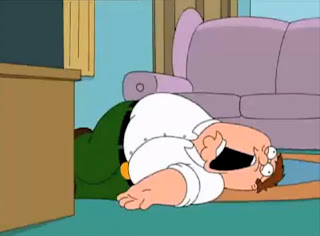 I bought this DVD hoping its gonna be one of those decent looking low-budget SOV, but what I saw instead was one of the most God awful shot-on-"shiteo" movies in my entire life. Here's one point down to the DIY culture everybody. 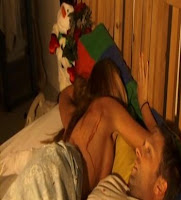 Deadly Little Christmas starts with the usual "years ago" prologue in the same fashion of Halloween (1978) with a boy finding his nanny and his own father doing the tamest bedroom exercise I've ever seen, knifing them to death and walking out blood caked while his sister watches in horror.

Fast forward to the present, the boy (now a young adult) escapes captivity and a series of murders inevitably starts as someone in a hoodie and the cheapest Halloween mask is knifing people involved with a local play (if you would call it that), all the while stalking the boy's still troubled sister and mother. Do I care to explain more? No, not really... 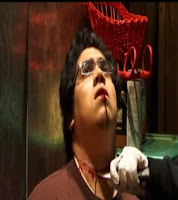 Obviously shot on a string budget (I would say "shoestring" but I highly doubt they can afford even that), Deadly Little Christmas rip-offs every known Halloween rip-offs out there and gives us this rather stale entry. People overreacts to their deaths like one guy getting a knife to his temple and hilariously convulsed for 15 to 20 seconds, or another getting knifed on the neck only to make the most outrageous death face ever. Props are obviously re-used over and over again (is that a stage? or a bomb shelter?), make-up and special effects are dodgy (people get stabbed but they have no stab wounds and that's obviously a prank knife they're using. I know, cuz every kid in my neighborhood had one those last Halloween. Moi included) and the sound design's terrible. (WHAT? SPEAK UP! I'M LOSING YOU-WAIT THE MOVIE'S OVER? WHAT HAPPENED?) The only good thing about this is the bravery of these cast to act and the decent twist in the end, though not that original.

You know what, I'm not gonna write another paragraph for this film. DUMP IT! HARDLY WORTH THE CASH!