The world of slasher movies is a strange place; we have war gods, giant grizzly bears and even aliens as murderers as this fair sub-genre tackles one crazy idea to the next just for a cheap horror film. A good bulk of this creativity and imagination, however, never got a chance to be re-used or tackled so often which is sad. Real sad.

Here are some of those ideas that deserve to make a comeback, especially now that we're either running low on concept or are doing a lot of "re-imaginings". 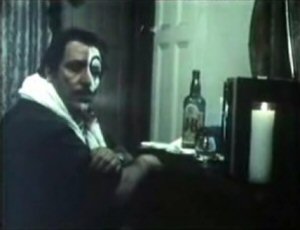 A. Killer Mascots- Back in 1989, a film called Maniac 2 was planned and partially shot until Joe Spinell's sudden departure (God rest him), leaving the film unfinished. It was about a children's show host suffering from mental problems, murdering people he deems as abusive parents. Now, other than  this 7 minute promo and the 70s movie "The Psychopath", "Killer Kiddie Mascots" never got a good hold on the genre, odd since it would have been a nice, refreshing and overly controversial premise for an original slasher. 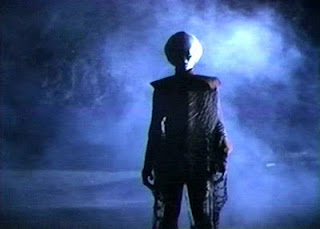 B. Killer Aliens- I'm not talking about action hybrids like Predator, but a straight slasher-scifi just like "Without Warning (1980)". Though Predator did have its slasher influence, it never got the same slasher charms Without has. We never have any slasher like Without Warning after it's initial release and with today's better make-up effects, we could do a better effort now than ever! Just try to avoid using sci-fi weapons, that would take away the whole point of it all. 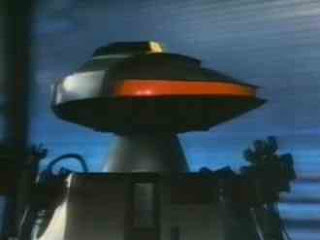 C. Killer Robots- another sci-fi hybrid idea, robot slashers are a rarely tampered theme in the straight-horror business, making it a more popular choice for action films. Its kinda sad, with promising titles like Chopping Mall and Hardware (if you include The Terminator as a slasher, then you can count that, too), killer robots would make a nice comeback in our generation...so long Syfy doesn't cut in... 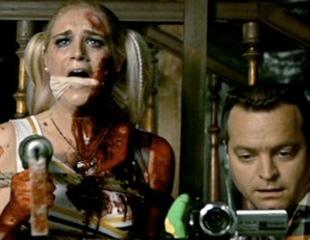 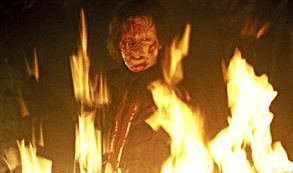 E. Time Travel Horror- Ever seen a slasher film that takes place in WWII? Or in the Wild West? Or how about in those times when they have horse pull carriages instead of cars? (not sure which century was that, I'm bad with history...)

We have Sweeney Todd: The Demon Barber of Fleet Street as a slasher-serial killer-musical, as well as a slasher-fied Phantom of the Opera (1989) (starring Robert Englund as our skin-wearin Phantom!) and the Johnny Depp starring From Hell, but other than those titles, we never get to see any slasher movies set in the simpler and more unhygienic times. Wouldn't be great if we had a band of cowboys being stalked to death by masked loon? I'll pay to see that! 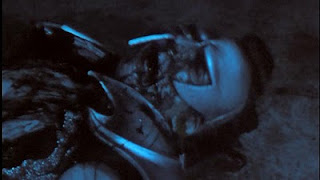 F. The Bleak Future- Yet another SciFi trapping, but let's keep it simple now. Why not make a slasher film set in the future? With all of those high-tech stuff, what if some loon decides to use the basic ways of murdering folks without the reliance of laser guns and robots? Or some crazy fella strips some scientists off their sciencey stuff after an experiment gone wrong and now they're dying for their "crimes" by a failed experiment? Now tell me that's not cult-classic hit? Especially if we have movies like Future-Kill? 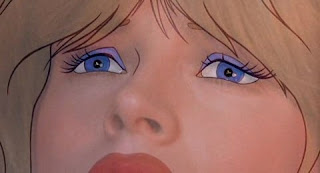 G. Cartoon Carnage- No, I'm not talking about animated slashers, we already have those, but had you ever read about the original treatment for "Cool World (1992)" ? Its supposed to be about a human and a cartoon having sex and bearing a half-cartoon, half-human child. She would later return to murder her father who abandoned her. Now what if she did succeed in going into the real world, wouldn't it be awesome for her to start a killing spree?

Let's face it, Cartoon violence might be funny, but if you put it in a real world context, it can kill. And they'll be pretty good kills, I assure it! So far, the only titles to do this would be the two Terror Toon movies, and one of them ain't even good! 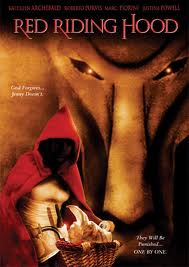 H. Fairytale Fears- We have leprechauns stalking teenage legs, a Hansel and Gretel inspired backwoods horror called Breadcrumbs, and a cop-out psychological thriller about Pinochio's Revenge, what else out there can be slasher-fied? How about a Beauty and the Beast style backwoods horror with a monster finds a beautiful woman and began killing all those who got in the way? Or how about a Killer who began murdering people in fairy tale inspired deaths? Oh the possibilities are endless, sweet princess~! So how come no one hath dwelt on thee suggestion? 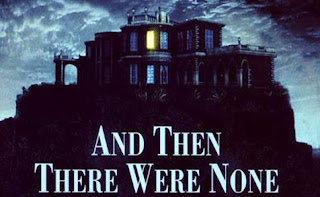 I. Classic Pages of Murders- Isn't Agatha Christie's "And Then There Were None" one fine book to be turned into a movie? As in a slasher movie? On it's own? Or How about another Robert Bloch book? You do know he made more slasher novels and shorts than any aspiring slasher-novel writer out there had? You just had to look real good!  So why waste so much time on recent writers if you could try rekindling viewers to REAL classics?Or better yet, we also got some Young Adult titles out there who'd done slasher novels begging to be adapted! Enough with Twilight and its kin, let's see some bodyparts spraying by the sockets! 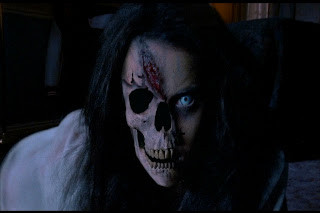 J. Urban Legend Figure- Sure we got Bloody Mary and The Man Upstairs  but why is it we never tap into more urban legends when it comes to slasher movies? The world of urban legends is full of various madmen! A hitchhiking woman who carries a clever in her handbag, a little man disguised a garden gnome invading a house one Halloween night, a fella named "Skinny Tom" who's a skeletal creature in a suit and carries a bowie knife, a creature named "baby Blue" who scratches you if you drop him, and the list just goes on! Try looking into these legends, man, and you might find a good horror movie idea from it!

And these are some of my dream set of slashers. Yes, I do know there's plenty more titles out there waiting to be uncovered, but I'm sure half of them, or at least a fourth, will be another Friday the 13th, Halloween or A Nightmare on Elm Street clone. It's rehashing like that which ends up this sub-genre to be nothing but cliched, but the years are young and people will learn, and so do these titles!
Posted by Kaijinu at 3:44 PM