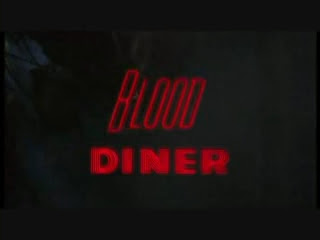 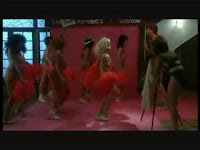 I saw a clip of this from Youtube back in 2008 and, after seeing the first five to ten minutes, I stopped and told myself never to see it again. You can tell right now that I did anyway. 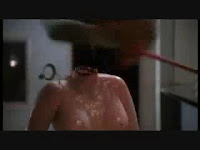 Truth be told, it's no slasher movie, but more of a hybrid of gruesomely random characters and moments that makes up every horror-comedy out there such as an estranged love story, a talking brain, an Egyptian goddess with a giant maw on her belly, a ventriloquist chef, some nice cheap murders, kung-fu fighting (nude) victims, a nude aerobics shooting (double meaning there), zombies, vegetarian restos and the most bizzare sibling killers since the Sawyers introduced Leatherface and Chop Top. 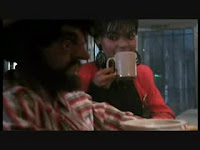 George and Micheal Tutman, two cannibals-slash-veggie diner owners are on a bloodsoaked quest to revive a five million year old goddess "Shitaar", aided by their beloved Uncle Anwar, revived from the dead as a brain, eyeballs and a penis in a pickle jar. In order to bring their goddess back from the dead, George, Micheal and their talking pickled cauliflower must go out and gather body parts from various women (hookers, sluts, whores and the occasional virgins) and killing a few people along the way. Who will protect us from this serious dilemma? A trio of "American" cops with nationality crisis. (Why do two of them have an Australian or Russian accent?) 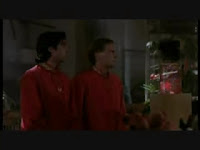 It's hard not to see why Blood Diner's so underrated as it's more of a slapstick comedy than a horror-comedy; there's nothing horrifying about it or even that nauseating, it's just messy. Really messy. Literally and figuratively as it was supposed to be a sequel to Herschell Gordon Lewis' splatter classic "Blood Feast", which might explain the load of 60s/70s drive-in randomness here and there, only amped to the fullest that it's ridiculously funny. 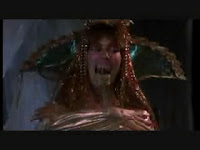 I find myself chuckling at the random stupidity this movie got treated with. Chuckle, not laughing out loud. When it works, it works but if not, then I'm just there, head tilted, thinking "did that really just happened?" as I do my best not to work up for something not worth working up about, being intentionally made funny. Besides, when it's not trying to make us laugh, Blood Diner at least didn't fail to deliver some juicy and interestingly creative kills (deep fryer batterball-head kill? Not scary, but genius!) 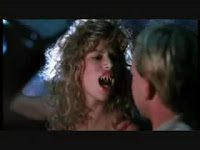 It's campy for the sake of camp and gruesome for the sake of grue, that's the entire motto of this movie and it ain't bad at that. Definitely worth it's cult following but I do find it hard recommending this title to just anyone. You have to be really open and really willing for it to mesmerize you with mindless dumbfoolery and Troma-worthy comic chaos to fully enjoy it.