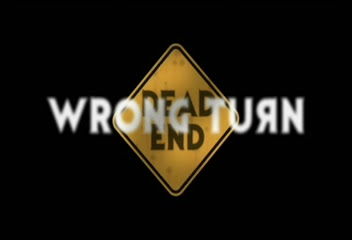 How would you follow up a simplistic, backwoods slasher about three cannibals hunting people in the woods? Why gore it up, sex it up and mess it up! Too much? Maybe, but it did work?

A group of contestants for another "survivor" type reality show called "Apocalypse" gets put in the middle of the West Virginian forest (again) where they have to pretend being survivors of a world gone bad due to an "Apocalypse" (hence the title. Soooo original) and fight off as many pretend foes as they can in order to survive. By pretend foes I meant beeping boxes that give out scenarios and challenges that needs to be done to make sure they'll stay to see the next round.  What they didn't come to expect is a family of inbred cannibals that just so happens to be living within the woods and have taken a liking to them...as dinner. Now, one by one, cast and crew find themselves in a more dreadful situation than an elimination round, where survival is no longer simulated and blood runs for real.

Pushed to a max, Wrong Turn 2 faithfully follows the rules of sequels as more mutants come up (less deformed, though) and the gore turns very visceral. Even if it's as clichéd as the original, it's easy to look pass that with all the mayhem and chaos happening on screen and while the idea of adding teen-oriented material of reality TV isn't really that big of a deal as other slashers already tackled this (the concept of reality-TV turn deadly was already done around the early Millennium with Canada's My Little Eye or even the fairly stable Halloween sequel "Halloween: Resurrection), it's not half bad here as it have something going for it and paces Wrong Turn 2 a lot better with more action playing for it.

And then there's the grue. Gore is what made this film get going and gore it shall give. There's nothing sacred to these mutants as bodies go into twos, threes, diced, shredded, blown-up; whether it's from the scared little teens or the cannibals themselves, death comes swift and messy for this movie, enough to make gorehounds and splatter lovers go on gleaming.

If there will be any flaws, it is that while the original kept its characters interesting, Wrong Turn 2 did the opposite. Even if the cast are still an tolerable bunch, they did come out as very stereotyped: we have a jock and a jokester, a slut and the diva, a misplaced softie and a hardened warrior lady and, yes, the obvious final girl. Funny enough, we actually have two potential final girls here and any one of the pair would have worked fine even if one of them got killed. A little mean-spirited but hey, it's a gore film and a slasher at that, even. Mean-spirited? Doesn't mean squat for a movie of its kin. Throw in a Texas Chainsaw Massacre style dinner scene at the end and a bit of backwoods hocus, and you get yourself a slasher flick sequel that's surely did the franchise proud. (Or not, depending on your view.)

Wrong Turn 2 is a fast-paced, brainless, backwoods splatter survival slasher flick that's arguably an enjoyable piece of work. Perfect or not, does it really matter when you're having fun? What say you?