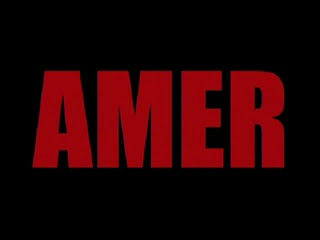 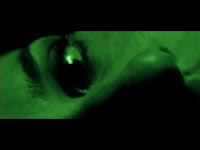 I find it hard to watch this as a "giallo" since, compared to the rest of the giallos done by directors like Mario Bava and Dario Argento, I see...um...only parts of a true giallo in this film. Setting aside the colorful lighting, clever camera works and (reused) giallo themes, the film's position as an arthouse drama about coming of age and paranoid delusions leaves so much of the usual whodunit alone and replaced it with a unique play of narration and pace. Ladies and gentlemen, what we have here is a genuine art film shout out to Italy's greatest horror sub-genre, rather than the sub-genre itself. This is the world of Amer. 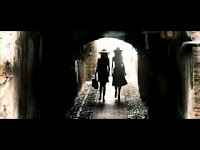 Amer, as simple as I could interpret it, is about the life of Ana, whose sexual fantasies began in her life as early as she got her first period. As she grows older, the fantasies start to take toll of her perception of reality, as her imaginations begin to be more and more oppressed. One night in her life, a gloved killer break into her house and placed her in a position of vulnerability. Has her life left her unprepared? Or is there something more behind this?

Divided into three stages, Amer's narrative is left in the actions of the characters as the film contains very (and I mean very) little dialogue. In fact, aside from the disturbed screaming and shouting of Ana's mother in the first "cycle", we watch Ana grow from an estranged yet curious girl, to a teenager in search of sexual "experiments", to a lone woman who's yearnings for erotica may have took a toll on her psyche, all of this without uttering a single line. It's visually stunning, tense and well directed, as it brings paranoia, madness and alienation in a tribute to Italy's estranged cinema and theatrics; if it is anything from that intention, then I have to say, it's really something. 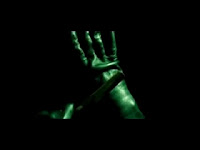 The pace of the film is one problem; it takes so long for anything to happen and, due to its style, it leaves a lot of up for interpretation, something I am very sure will cater to just about anyone. Having symbolisms and tributes of Italian genre thrillers in the vein of David Lynch's Eraserhead or Takashi Miike's Visitor Q isn't exactly bad, but being marketed as a giallo may lead those hyping to see an old school giallo ending up disappointed to see an entirely different kind of film. Luckily, I'm a fan of (a few) art films and I sometimes find myself in a position to test my own braincells (or what's left of them) to see if I could appreciate something this complex or not.


I do enjoy myself a psychological thriller (the more thought provoking, the better) and Amer's convulsed piece of cinema artistry is a new wave I could appreciate. It's nowhere the giallo comeback I was waiting for but I guess as it's own kind, I'm willing to look past its shortcomings and accept it as one unique "art thriller".