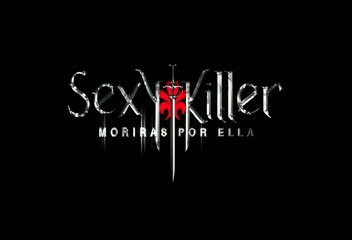 The world of slashers can be a bit sexist and I did not mean that in a way that the most glamorized deaths always happen to women. Instead, I am talking about the gender ratio of our killers; we always have strong men hacking up victims and very little number of Femme Fatales are given the chance to flaunt their murdering skills. Sure, in recent years we got pretty faces like Baby Firefly from The House of 1000 Corpses (2003) and Tiffany from Bride and Seed of Chucky but man-iacs still outnumber them.

In this movie, we got one fair lass who's willing to step up to the big leagues. And she's doing it in pink!

A polished and sexy little medical student-slash-diva, Barbara enjoys a modest life as an unapologetic and gleefully uncatchable serial slasher loose in her campus. Telling her life in media res via series of flashbacks to a 'fictional' audience ala fourth wall as well as to a guy who made a fatal mistake on running over her dog, she shares to us her love life, her serial killer life and her 'close calls" on being captured as the killer, which got more interesting when a med student Barbara fell in love with creates a device that supposed to visualize the last image a corpse seen prior its death. It's an innovation that can help solve murders, but what he didn't expect the machine can also do is bring the dead back to life, craving for human flesh and vengeance against their killer. Surely, this might be Barbara's most interesting night!

Having the same insights and style as other "fourth wall" breaching horror such as Funny Games (both 1997 and 2007 versions) and Man Bites Dog (1992), Sexykiller pokes fun at slasher cliches and gives us a clever twist on everything we definitely have seen before in a bodycounter flick as Barbara shares her insights on them with style, mischief and pop references. It's darkly comic at its gruesome finest, running on laughs and murders until the gun-packing final act where it shifts to a Re-Animator (1985)-esque zombie horror.

A running gag featured here is that Barbara openly admits the killings but gets easily dismissed as a joke. It's a poke at not only the stupidity of the basic slasher victims but also at the often criticized "victimization" of female characters as young nubile victims-to-be, which I find very clever. She may not be the next biggest name in female slasherhood but Macarena Gomez's character proves to be a sweet and deadly combo as an anti-hero not seen since the teen Angela Baker in the late 80s Sleepaway Camp sequels, making her one of the few serial killers to cheer for. (Don't worry, Leslie Vernon, I still enjoyed your company!)

Other casts are fairly acted, with Alejo Sauras as Alex charming us as a big hunky-faced nerd whose relationship with the 'hottest girl in school" leaves him blinded to what she really is. Ángel de Andrés López plays a rather obnoxious Inspector whose obsession on capturing the Campus slasher drives him a tad insane and equally murderous.

Gore effects are bloody at its best and the film's erratic-yet fast paced story telling prevents this film from being boring from time to time. If there are any drawbacks, it would be that the proposed zombie-hybrid the movie's marketed as wasn't fully met until the last end. Though I find this direction to be a smart twist on the usual slasher film climax, those expecting a full-on zombie movie might feel misled as the film's definitely a dead teenager flick all in all. I'm also not sure everyone's gonna buy Barbara's egotistical story telling as much as I did, as some may find it more annoyingly pompous than funny.

Of course, annoying or not, Sexykiller still deserves an audiences. With the sensibilities and pinkiness of Paris Hilton criss-crossed with the murderous mentality of Freddy Krueger with a dash of zombies, you can expect a riot of laughs from this fair and unique foreign slasher.