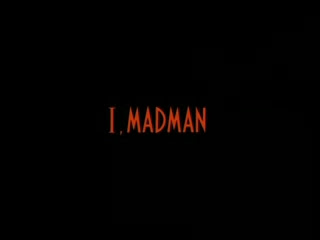 In a way, I am a great admirer of pulp fiction; from superheroes to high-flung adventures, pulp fictions are a simple good way to spend a rainy afternoon or a quick read before bed. Director Tibor Takacs, who many of you would remember directed the cult classic horror fantasy The Gate (1987), concocted a little slasher out of these medium and resulted a menacing, but rarely heard murder-mystery. 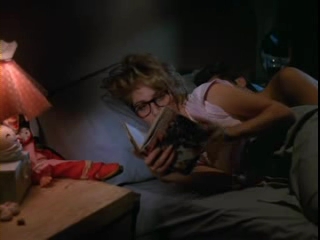 Virginia loves books. Horror novels to be more precise, something a well-read horror fans can relate to. Living with her police investigator boyfriend and working in a local bookstore, life is sweet for our bookworm. At least, so far.

As of any bookworm, Virginia has an author that she greatly admires. Said author is Malcolm Brand, a pulp fiction writer who wrote two books in his life, best-sellers that Virginia owns a copy of the each, "Much of Madness, More of Sin", a creature feature that features a creature part human, part animal, and "I, madman", a story about a failed surgeon turned poet whose love for a certain actress had him mutilating parts of his face and replacing them with better ones, those that he sliced off from other people. It's all stories for Virginia until a series of bizzare killings starts to plague her life. Those around her dropping off like flies and everytime she picks up the book, the killer from I, Madman materializes in front of her, showing off the parts he took away and sew unto himself. Could it all be in her head? or is there something stranger at play? 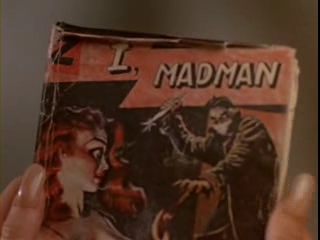 I, madman is a friendly nod to the decades of old-school horror, picking up cliches and elements from 50s pulp fiction, fusing a bit of 80s horror into the pile. There's a few pacing problems, some underwritten script and a curveball of an ending that nobody seen coming, but as far as obscurity for entertainment matters it's more of a minor setback than a a major flaw that hinders the movie dead,. if anything, I, madman is all but for a good time and variety, an entertaining tribute to horror fiction. 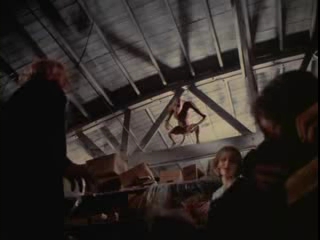 The film benefits, if not from gore and kills, but of a capable and likely cast. Jenny Wright played our heroine with much character that she comes out as vulnerable-looking but strong-willed and Clayton Rohner plays Richard, Virgina's lover, giving an equally likable performance that managed to save his character from being an annoying skeptic by adding some warmth in his persona. Of course, we also got our killer, Dr. Alan Kessler, played by Randall William Cook, a threatening yet charasmatic maniac who acts as a dangerous third wheel of this rather estranged love triangle. His Modus Operandi isn't entirely new but why he does it is something worth noting; while we did have slashers making masks out of the skins of their kills for the purpose of either expressing themselves or hiding their faces, Kessler does it to improve his previously mutilated face, one that he himself had done when he offered bits of them to a beloved woman. This was more of a relevant plot point than a cliche, unlike the example yet another love-lorned slasher killer from 1989's Phantom of The Opera. 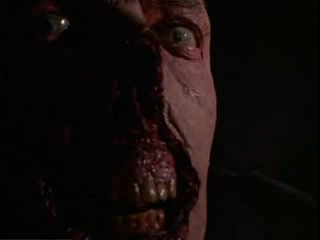 While the mystery of the movie is played around on who's killing who, or whether Virginia is imagining all of this or not, the climax only answered very little and it failed to make sense. A lot. Then again, I, Madman is still enjoyable as it is, a fun sometimes campy-sometimes-serious horror flick that doesn't aim for viscera or anything that graphic, making it a worthwhile feature and a sleeper hit.