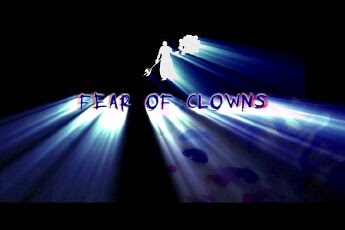 For some reason, I couldn't keep myself away from this movie despite knowing about the copious amount of negative reviews about it. But, seeing killer clowns movies are my mutual fascination, I just couldn't say no and, true enough, things were interesting for the first half hour until it lagged around and went a little too obvious with its budget at the near end.

The movie's plot is bone basic; a divorced woman is stalked by a murderous topless clown named "Shivers" who starts offing people close to her, or at least she thinks so as she appears to be breaking down from an extremely bad case of Coulrophobia. It dragged around this act for a lengthy run with a badly acted script and super cheesy murders, with one fine example having a towel-clad lady pretend to run away while Shivers catches her by the cloth, stripping her naked as the clown puts his axe to her head. I haven't seen senseless nudity like that since that boogeyman-teacher showdown in that 1979 flick The Demon, only this one's awfully gratuitous.

Things got uglier soon enough, both for our heroine and us viewers, as layer within layers of moldy cheese and amateur acting gets piled up on us like lasagna. A twist comes around in the middle of the movie, revealing exploits of mental torture and something about a guy siccing Shivers at our leading lady in exchange for money and custody. Cops find out about this and guards her but, of course, some more random folks are thrown in to further complicate things. It's like these guys are making this all up as they go while really cutting back on the budget for, at least, convincing actors, something that butchered this flick's credibility to the point of no return.


By then, our lead lady and her boyfriend go to a movie theatre, Shivers follows and kills people, (Don't ask. He just did.) leading to a finale that I hardly cared for. This last thirty minutes will be the most slasher-esque as the first hour or so (felt like longer) was more of a police drama of sorts but, for reals, who cared at this point?

Fear of clowns is a uber mess of all things horror but I find myself "liking it" enough to be one of my own guilty pleasures cuz I know it'll suck for everyone with a working brain. This movie gets a star for its awesome looking killer and another star for the unintentional laughs; overall, it's nowhere as "so bad it's good" as the likes of Thankskilling (2008) or Nail Gun Massacre (1985). In fact, it would have been that case if it wasn't for the horrible plotting, very bad special effects, and it's attempt to be a serious horror film. (more of the latter, actually)

In talks of being a competent killer clown slasher, Fear of Clowns would have it made by a hair line; just dropped the ball too soon that everything else had tumbled down with it like a damn domino.