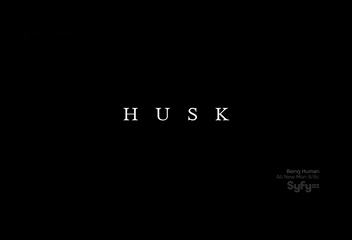 Cornfields, scarecrows and teenagers. Put them together and we get yet another standard corn-polk slasher film about killer scarecrows.

While Husk does start promising enough, with a group of kids getting stranded and venturing into an abandoned and possible cursed barn, the overly quick non-linear pattern which falls back and forth with flashbacks made the film quite difficult to follow and enjoy by the time our killer scarecrow starts offing them one by one and, somehow, reviving them for a sinister purpose.

Strangely enough, we get to find out the reason behind this phenomenon too early that it killed any possible tension and suspense this movie would had offered. It's a shame, really, cuz the kills were decent and the killer's pretty okay design-wise. But now that we know what's making the dead bodies walk up and what the killer can do, there's nothing left to wait for and we're just bombarded with the usual screaming, running and shooting.

Husk got old and dull real fast; in the end, I don't really care anymore if the dorky guy with the glasses lives or that the guy or gal under the mask was their buddy. And to add further insult, we also got one hell of a pile full of plot holes and dumb choices. I can't hand out any recommendations coming from this piece of crud.