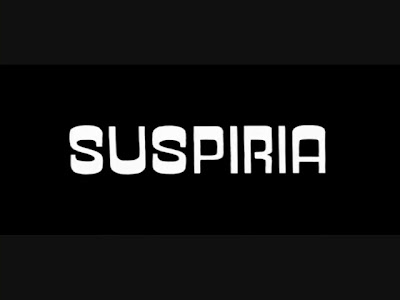 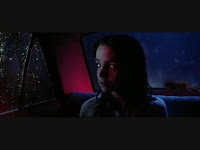 Suzy Banyon moves from America to Europe in order to attend a prestigious Ballet school. Upon arrival one night, rain pouring heavily, Suzy encounters a frenzied and very terrified girl bursting out of the school doors. She utters something blared by the thundering rain before running away, a sight that confuses Suzy and forcing her to leave to town for the night.

Meanwhile, the girl seeks refuge to her friend in a near-by dorm, but safety wasn't on her side as a maniac broke in and viciously murders her (and accidentally, her friend) in a tension-filled prolonged murder. 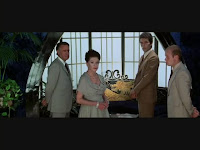 At day break, Suzy returns and finds the school warmly welcoming her but she will eventually discover that something isn't right when students and staffs turning up murdered, maggot filled attics spoiling food, haunting footsteps that walks by night, and mysterious voices conspiring in their sleep. When her friend disappears one night, and after figuring a mystery behind the walls of their school, Suzy had to go forth and face an unknown force which might cost her own life. 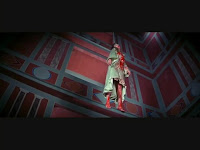 Visually stunning and artistic, Argento's Suspiria is an instant classic that approached a different element of horror not explored in his giallo classics such as Deep Red and Four Flies in Velvet Grey before; taking in more of the supernatural while mixing Argento's distinguished giallo style mysteries and murders, Suspiria often regards its lack of solid plotting as a minimal nuisance compared to its "true" horrors, which are shocking visuals and sounds that induces more fright for the senses and to the mind.

Still, despite not being a full-on giallo, the genre's influence is present in its murders with their artistic execution. One fine example is the opening double murders which wisely sets up the viewers for a wider and stranger arrays of later killings with varying built of suspense, brutality and some darkly humorous irony. 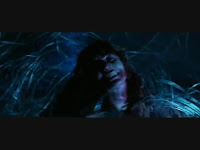 Accompanying these killings is a rocking soundtrack, composed by the director's favorite alternative rock band Goblin, which holds some key points that makes Suspiria an engaging movie. Their tracks befits the scenarios that uses them, whether it's a day of ballet, an arrival of a villain or adding weight to the kills themselves (which uses a track cleverly called "sighs", which also happens to be my favorite track.), it's catchy, loud and sometimes even distressing to hear.

The acting is a bit off at times, but then again, that isn't as flinching as it should be as it's a very minor flaw compared to the rest. Jessica Harper played the role of our heroine, with much innocence and curiosity blended that makes her a likable character. 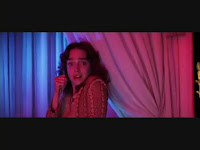 Personally speaking, this is Argento's last, finest, and most original film for me. It's first sequel, Inferno, tried to copy the same visual artistry in here, but fails to be any impact with it's very weak plot but somehow passes with its wider arrays of murders. The second sequel, Mother of Tears which also seals the trilogy close, is unfortunately an utter mess. Argento, after Suspiria, moved back to do more giallo films that were by-far very passable in the 80s, but slowly deteriorates in the wane of the new millennium ("Giallo" anyone?). Seeing this as the director's best film, I highly recommend this title for those young film hunters out there, no matter what genre you're after. It's a genre movie, but an outstandingly beautiful one at that.

bodycount:
1 female stabbed repeatedly on the heart, hanged with phone wires
1 female accidentally impaled on the head and neck with a sharpened debris.
1 blind male had his neck ravaged by a dog
1 female tangled in razor wire, later gets her throat cut with razor
1 bat bashed to death with a chair
1 elderly female gets a hat pin stabbed through her neck
1 male, 1 boy and 6 females burned to death inside a building
total: 14
Posted by Kaijinu at 10:29 PM