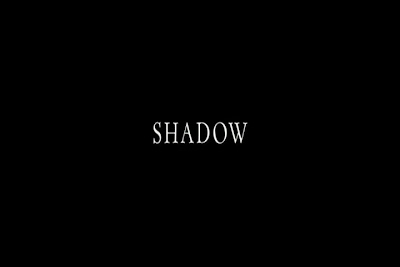 While watching this modern Italian horror flick, I was wondering if I'm going to be disappointed; the look of the DVD cover already got to me doubting as it's boring and cheap, but I learned never to judge a book by its cover and went on with it anyway.

David is a US soldier who served in Iraq and is now taking his time do what he missed the most: biking. Hearing about a place called "The Shadow" deep in the European woods, he decided to give this place a shot and rest up in a backwoods tavern where he meet a fellow cyclist named Angeline. They agree to ride to the Shadow together, but they run afoul with a pair of hunters who is angry at them for saving a deer which was their game.

Soon, a cat-and-mouse chase breaks out as the hunters try to kill the couple only to get into an accident on the road. David and the two hunters survives this, but find themselves at the mercy of a strange thin man with a fascination for torture and Nazi propagandas.

This said, gore is very minimal and the murders are almost cut to nothing, but the building tension that the victims are put through is very off-putting and leads to a (albeit unoriginal) clever twist. The villain "Mortis", played by Nuot Arquint, is also another reason why I enjoy this movie; he's silent, lumbering and lean, an overall creepy presence every time he appears on screen. He may be weak looking but he's a very bad mother when it comes to torturing people.

I can understand why a lot of people overlook this. It's very unoriginal with a silly plot twist, but I personally find it practically decent and watchable. A bit classy, psychological and even allegorical, Shadow is an underrated triumph that deserved a little more attention.