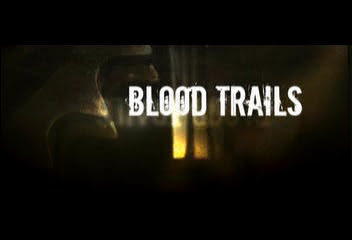 Normally, i can agree with some points that all the mayhem that we see might knock us down a few times that we don't see what's logical and not anymore. However, there are limits to how we can act dumb and there are times when you have to think why you shouldn't fall into a mental breakdown.

Or at least try not to do anything stupid. Which is what this gal kept on doing...

Anne is a cyclist, you see, and she got halt one night by another cyclist, who's also a cop...or he claims to be, I dunno. Anyway, so Anne and the cop, named "Chris", gets a one-night stand from hell where Chris went all dominant over the little lady. So far so good? Yes.

Obviously traumatized, but what do you expect when you have sexwith a guy you just met one night? I mean you hardly know the guy...and you have sex with him...That's a big decision to do just for a ticket for speeding. So three days after the attack, Anne went with her boyfriend to the woods for a feel-good cycle. Only what she didn't know is that Chris followed her, and now is stalking her some more, and, oh he also found a way how to use a bike tire to cut people's throats! yeah, this feller turns out to be strong enough to use his bike as a weapon of mass destruction!

So, Anne panics, sobs over dying BF, and ran away from the killer before he kills her. Good. But then, she does a lot of dumb(er) shit that not only gets her nearly killed, but gets some innocent bystanders killed as well.

Don't believe me? Here are some examples of her stupidity:

1. She managed to get a cellphone and called 911 successfully. When they asked her for her directions, she failed to mention a giant cross, conviniently placed right next to her, literally, and just cries her eyes out saying "she doen't know where she is".

2. Would you really run TO the sound of working chainsaws knowing a psycho is after you?

3. Why would you throw your only weapon at the killer? Had she at least come to the thought that our killer might be just armed with a hunting knife? Or teh fact that he might use your only weapon AT you since you GENEROUSLY gave it to him?

I could go on pointing more, but it wouldn't be Anne's, it's the rest of the "bystanders". For instance, why would you approach a guy who the girl you just saved claims to be the one who killed her boyfriend? Sure he's clean, but how can you be so sure? Or rather go and check up on your buddy after you heard a bloodcurdling scream, EMPTY HANDED?

What felt like a cat-and-mouse chase that stretches to a hundred years, Blood Trails devoids any mystery, and replaced it with the old-fashion stalk sequences, which would have been fine if the heroine (or anybody else) would at least pretend to have a brain.

It'll take a lot more than just tension and gore to keep me going. I now slashers are always illogical, but there are limits to how stupid can you get! Blood Trails granted fans of all things slasher with gore; apparently this is enough for some as I also see some, "positive" reactions to it. Like what they want to like, love what they want to love; me? I would rather see a Friday the 13th sequel or some other backwoods slasher in this case.

bodycount:
1 male had his neck cut with bike wheels (!)
1 male gutted with knife
1 male hacked to death with axe
1 male found in pieces
2 males shot offscreen
1 male gets a glass shard to the neck
total: 7
Posted by Kaijinu at 1:51 PM