slasher masks of the week vol10 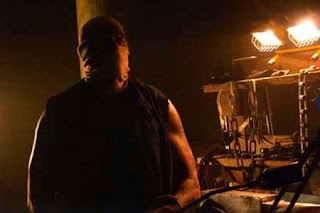 Chain Letter (2010)
CHain Man's one big brute who hates technologeh to the point he's willing to use one to make a point. Kinda beats the purpose but who's whining? Anyway, not much of a big mask, just some bandage over his face or something like that. good, but not really there... 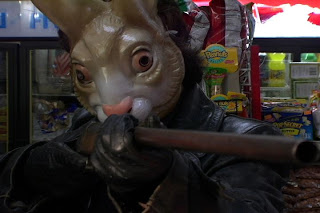 Easter Bunny Kill! Kill! (2006)
You know, personally, I've yet to see this. It looks kinda cool, and let's face it, we don't get a lot of Easter themed slashers. The mask is cool and creepy, simplicity at it's best. 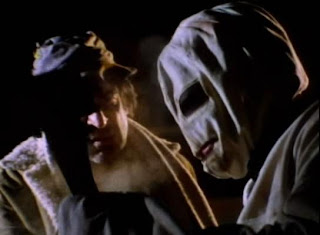 Moonstalker (1989)
well, the killer dons this suit for only a few moments, but I think it's for the best. I don't know about you guys, but doesn't that hood kinda make him look medieval in a way?... 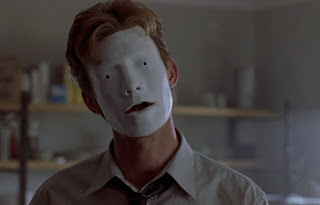 Bruiser (2000)
Jesus Christ! That's one freaky mask! I'm not kidding here, the first time I saw this mask, i got to know what I'm looking at. Now I wanna see Bruiser!

Jack-O (1995)
Well, It could have been worse. Pumpkin scarecrows are a little too overused; least this fella conjured up something a wee bit more working, don't you think?